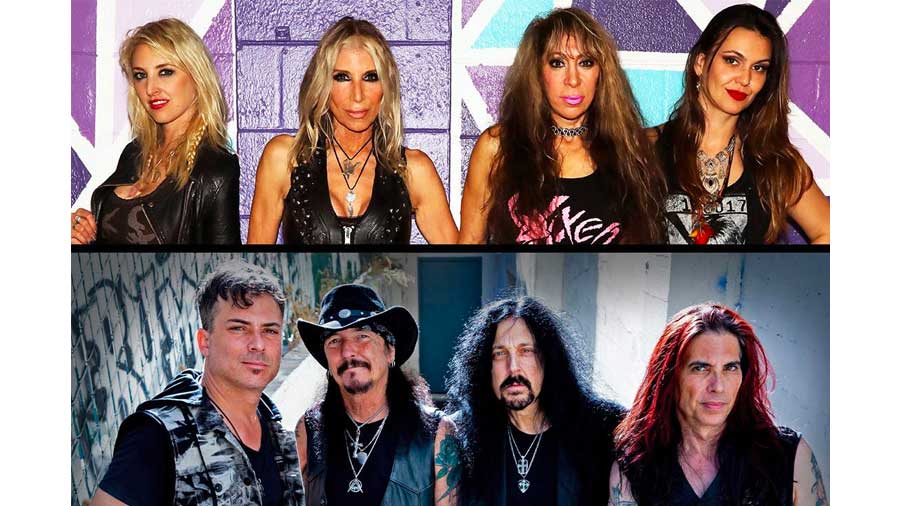 Vixen & Autograph
Vixen is an American rock band formed in Minnesota in 1980. During its most commercially successful period from 1987 to 1992, the band released their eponymous first album in 1988, and it reached No. 41 on the charts. Their second album Rev It Up was released in 1990, and reached No. 52 on the Billboard 200. Their third album Tangerine was released in 1998. Their fourth album Live & Learn was released in 2006. Autograph is an American glam metal band formed in Pasadena, California, in 1984, best known for their hair metal anthem "Turn Up the Radio."