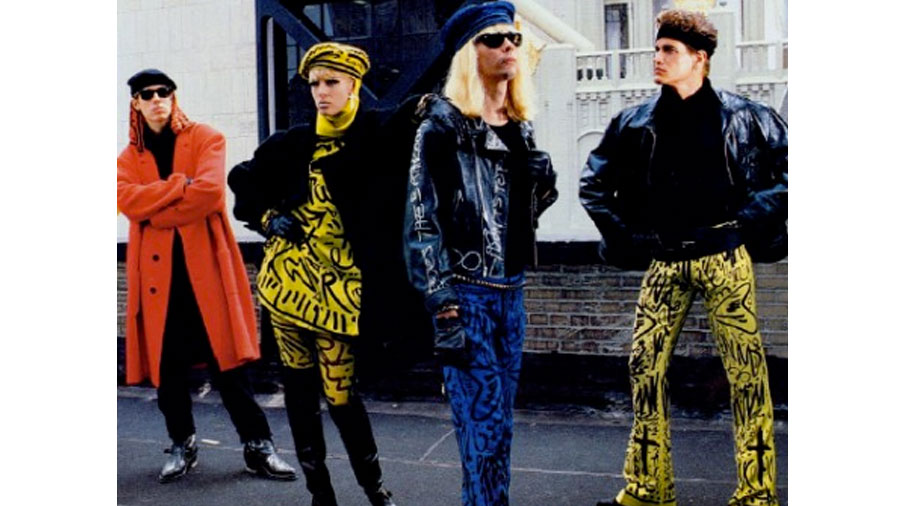 This exhibit features more than 60 ensembles and shoes designed by Indiana native Stephen Sprouse (1953–2004) whose transformative styles rocked the fashion world. One of the most innovative and influential American designers, Sprouse is best known for his Day-Glo, graffiti-covered apparel and edgy rock music-inspired collections that combined street style and high fashion. In the late 1970s, he styled the iconic New Wave rock star Debbie Harry for her performances with the band Blondie. His later collections were inspired by the music and counterculture of the 1980s and the innovative energy of circle of his friends such as Andy Warhol, Keith Haring, and Jean-Michel Basquiat.

In the 1990s, Sprouse designed exclusive lines for Barney’s New York and Bergdorf Goodman. In 2000s, he was hired by Louis Vuitton to graffiti a line of handbags and luggage—a collection that sold out immediately, and later designed a collection of clothing and accessories for Target, dubbed as “Americaland,” which became a huge success.

Andy Warhol’s 1984 double portrait of his close friend Stephen Sprouse will have its Indianapolis debut in the exhibition. This painting, along with another portrait by Warhol, are among the more than 10,000 pieces in the Stephen Sprouse collection that were generously donated to the IMA at Newfields by Joanne Sprouse and Bradford Sprouse, Stephen’s mother, and brother.

Included with general admission and free for members.