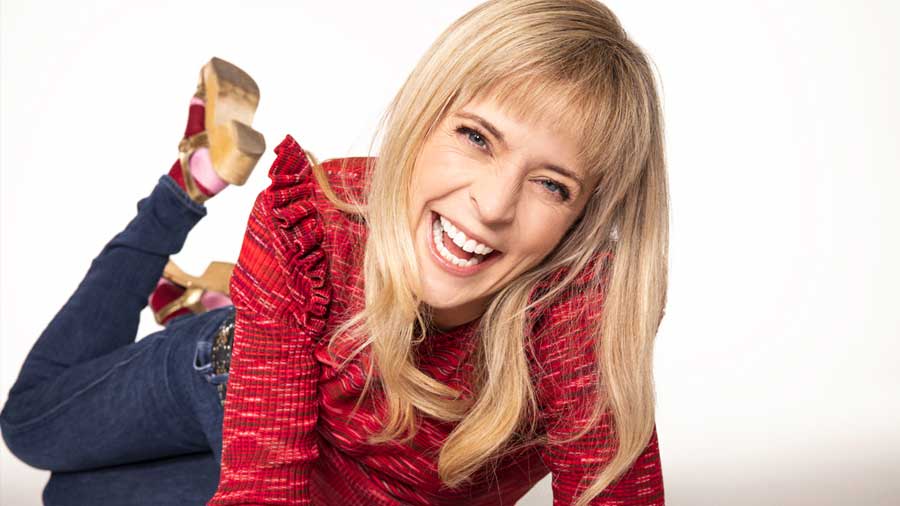 Maria Bamford combines bizarre voice impressions, an ever-changing cast of characters, and a mishmosh of deadpan and high energy to create her unique, surreal comedic style. A favorite comic of the likes of Judd Apatow and Stephen Colbert, Bamford portrays her dysfunctional family and history of mental illness with hilarity and grace.

Any additional food and drink costs above $400 will be billed at the end of the show. The guest count can not exceed 10 people. All club policies and safety guidelines will be enforced. Please note that the skybox is on the second floor of our showroom, and is NOT wheelchair accessible.

Maria Bamford is revered for her deeply personal and experimental comedy about mental illness. She starred in the surreal, semi-autobiographical Netflix comedy series Lady Dynamite, about a comedian who suffers a nervous breakdown, and is the star of three unconventional hour-long stand-up specials: Weakness is the Brand, Old Baby and Maria Bamford, the special, special, special! Maria was the first female comic to have two half-hour Comedy Central Presents specials and starred alongside Patton Oswalt, Zach Galifianakis and Brian Posehn in the Comedy Central series The Comedians of Comedy and Netflix’s Comedians of Comedy: The Movie. She also created and starred in the cult hit web series The Maria Bamford Show, in which she plays all the characters.