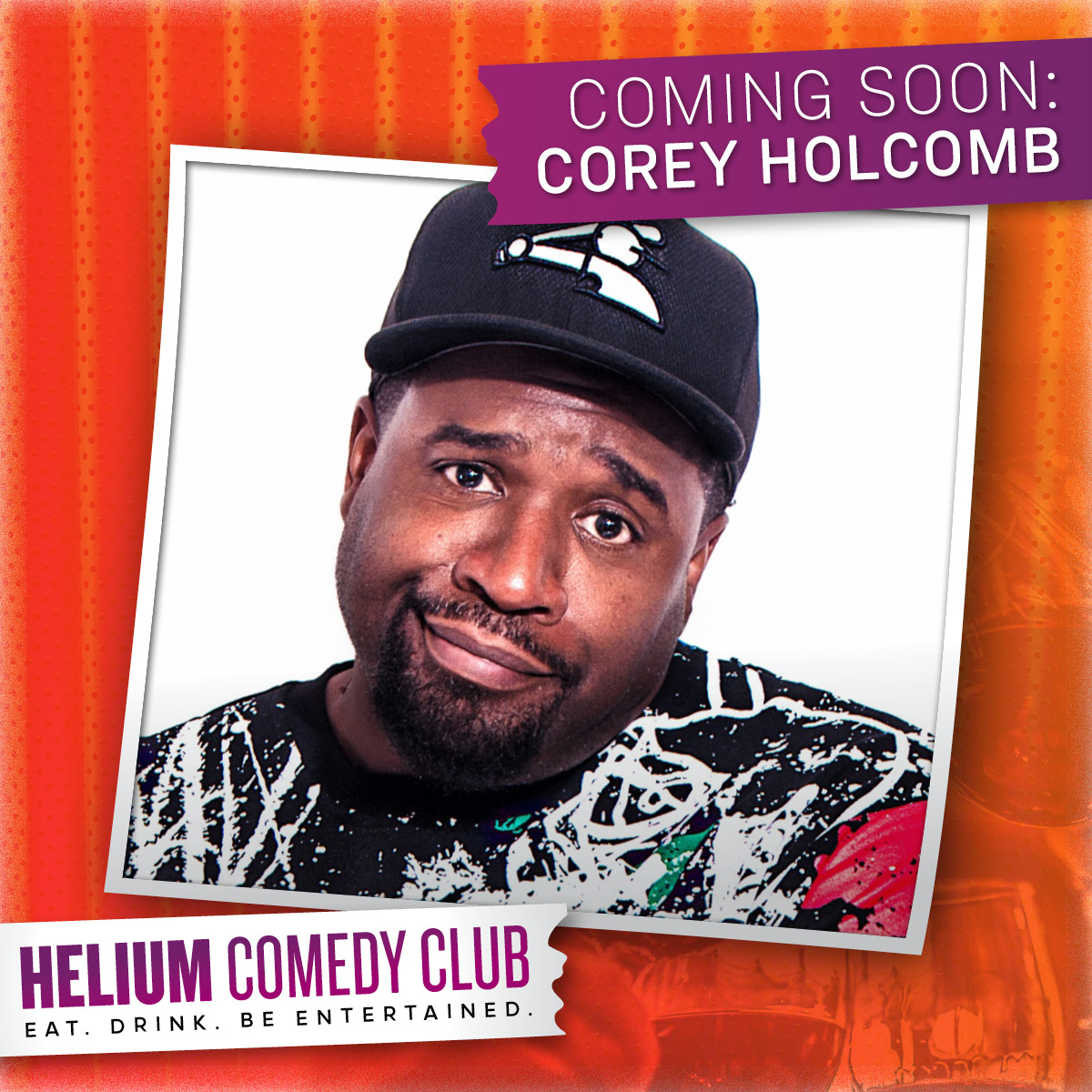 Going from hanging in the hood to performing comedy on Jay Leno’s “Tonight Show,” Corey Holcomb’s comedy genius transcends class and racial divides. People all over the world can relate to the drama of trying to make a relationship work. According to Corey, a “hunter” (man) being captured by his “prey” (woman) makes for the best comedy ever. You can believe there is no counselor on the planet who offers the kind of relationship advice and remedies Corey dispenses from the stage. Corey Holcomb’s comedy is both an auditory and visual experience. His facial gestures alone can make an audience burst with laughter. Corey currently tours the country performing stand-up & his comedy/R&B songs. He also hosts his own podcast, "The Corey Holcomb 5150 Show," which began on The Foxxhole but later moved to YouTube and CoreyHolcomb.com. Corey can also be seen bringing funny to the big screen with his role as Boonie on Adult Swim’s “Black Jesus.”