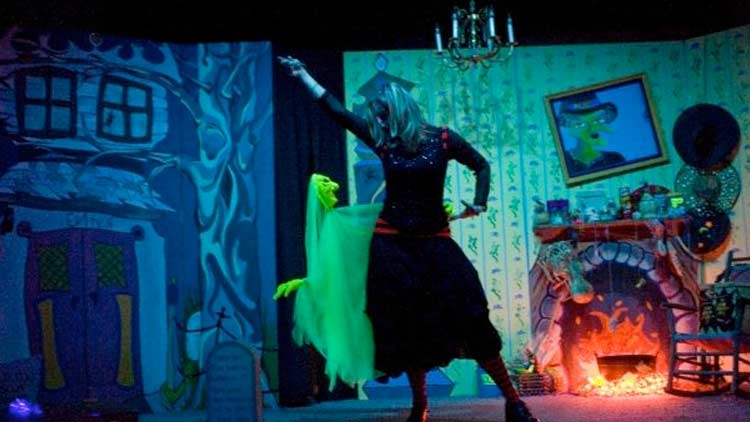 Representing three generations of puppeteers, the Peewinkle's Puppet Studio have been a favorite for over 50 years. For the tenth year these magical puppets will be entertaining both young and old as part of The Historic Irvington Halloween Festival. The Halloween program features beautiful hand-crafted and costumed marionettes performing in full view of the audience. The cast includes dancing ghosts and skeletons, a juggling scarecrow, and Esmerelda the witch, while Dracula welcomes visitors from a second story ghost house.

Since 1952, Peewinkle's has been performing throughout the US Midwest, Canada, Mexico and Europe. Most recently, they performed in Shanghai, China, at Century Park for their National Day Celebration. Beautiful hand crafted and costumed marionettes are performed in full view of the audience.

This show has been an extremely popular event for children and we expect a large crowd, so please arrive early to get a good seat.