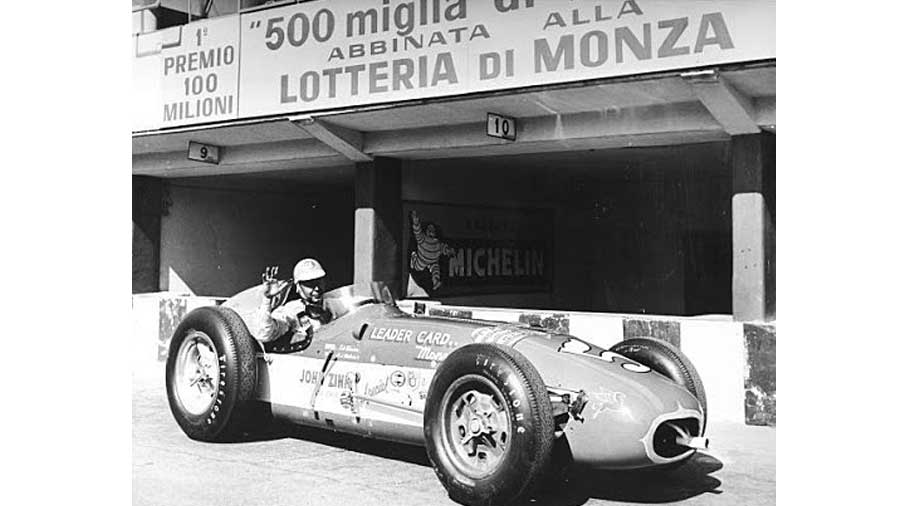 Imagine American racing champions A.J. Foyt and Jimmy Bryan competing alongside European Grand Prix stars Stirling Moss and Juan Manuel Fangio – all on the same track at the same time. It sounds like a fantasy racing scenario, but it happened in 1958 at the “500 Miglia di Monza,” better known as the “Race of Two Worlds.”

For the first time in history, the recorded radio broadcasts of that epic event 62 years ago – plus the broadcast of the 1957 “Race of Two Worlds” – will be available for digital download as part of the Indianapolis Motor Speedway Museum’s ongoing archival restoration and preservation efforts.

The timing honors the race date of both “Race of Two Worlds,” for it was June 29, 1957 and 1958 when many of the world’s best drivers clashed at Autodromo Nazionale di Monza in Italy – or simply “Monza.”

For many years it was believed these rare broadcasts were lost to history, but 1/4-inch audio recordings of the races were discovered in the IMS Museum vault. As part of the Museum’s ongoing audio preservation project, the recordings were sent to Memnon Archiving Services in Bloomington, Indiana for preservation and digitization.

The “Race of Two Worlds” was a special non-points event sanctioned by the United States Auto Club (USAC) and took place on Monza’s daunting 2.64-mile oval, which featured gradient banking in the corners up to 38 degrees at the top. The events were a total of 500 miles – but consisted of three 63-lap heat races and the winner was determined by the overall elapsed time.

Due to safety concerns, the European racing fraternity didn’t show up for the 1957 race except for the Ecurie Ecosse Jaguar team – which had won the 24 Hours of Le Mans the week before! For 1958, however, Europe was well represented by standouts including Moss, Fangio, Phil Hill, Mike Hawthorn and Luigi Musso.

The original radio broadcasts were facilitated in a partnership between the Air Trails Network in Dayton, Ohio and the Indianapolis Motor Speedway Radio Network. Beloved IMS radio Chief Announcer Sid Collins did not make the trip, so it was Jack Wymer, station manager of Dayton’s WING, fellow WING on-air personality Alex Buchan, and Charlie Brockman, a veteran of the IMS Radio Network broadcasts, who called the races.