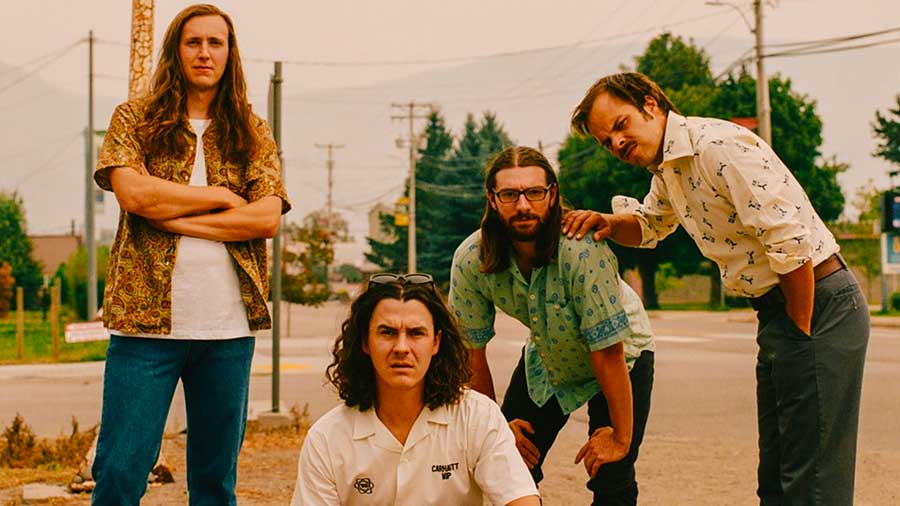 “We’re stoked to get back out there on the road again, it’s what we love best! Florida, probably our most vocal social media commenters, will be happy to know we’ve got several stops there on this run,” said Neil Smith, lead singer and guitarist of Peach Pit. “The shows and fans on our recent US tour were incredible, so we’re excited to revisit some of these markets in bigger rooms. The show will be bigger and better than ever before. Will there be lasers? Will Mikey crowd surf? You’ll only find out if you get a ticket.”

Through bad breakups, bouts of loneliness, existential crises, and even pandemics, true friends stick around. Instead of bending and breaking, their bonds crystallize in the roughest of rough patches. If friendship had a sound, it would be Peach Pit. The wistful grooves, glassy guitars, and sun-kissed melodies feel like they could only be made by musicians who have spent close to a lifetime (or at least half of their lives) together. The Vancouver quartet — Neil Smith [vocals, guitar], Chris Vanderkooy [guitar], Peter Wilton [bass], and Mikey Pascuzzi [drums]—trace their union back to high school. During 2016, they served up the self-titled single, “Peach Pit”, eclipsing north of 75 million total streams. The group continued to gain traction with their 2017 full-length debut, Being So Normal. Among many highlights, “Tommy’s Party” and “Alrighty Aphrodite” both surpassed 75 million Spotify streams as the band graced the bills of festivals such as Shaky Knees Festival, Bonnaroo, Firefly Festival and many more. In 2020 Peach Pit revealed You and Your Friends, which DIY Mag hailed as “12 tracks of infectious indie-pop gems” while Atwood Magazine described The band as being “at the cutting edge of the alternative music scene.” Carrying this momentum into late 2021, they kicked off the next chapter of the band and their friendship with the single “Up Granville.”. To kick off 2022, the band released two singles entitled “Vickie” and “Look Out!” off of their highly anticipated new album From 2 to 3. The album was released on March 4th, 2022 with focus track “Give Up Baby Go.”