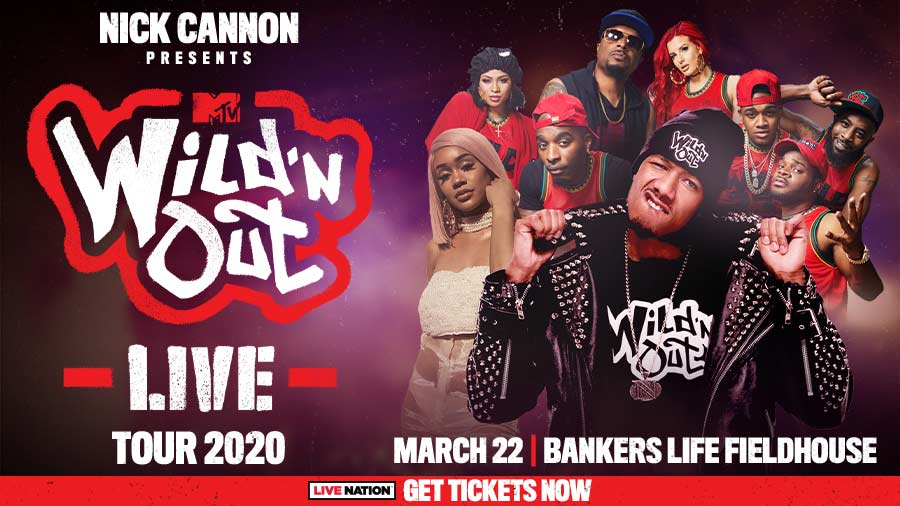 Each night Nick Cannon and the cast will also invite members of the audience to join them for Wild 'N Out’s most popular games. The tour will bring together a comedy, variety and game show all in one to fans of the improv/competition show on each stop.

Laugh Out Loud is a comedy brand and multi-platform entertainment company founded by the world’s top comedian Kevin Hart. Through comedy in color, LOL unites a diverse, global audience around an essential connective tissue: LAUGHTER. From stand-up legends to the next generation of comedic talent, Hart and LOL curate comedy’s boldest voices to produce original scripted and unscripted series, stand-up specials, live broadcasts and experiential activations. To Laugh Out Loud, Hart brings the groundbreaking social strategy that earned him 100 million+ followers, sold out 2018's biggest comedy tour in the world, and continues to break box office records.

Born Diamonté Harper— Saweetie cracked 100 million cumulative streams, garnered a gold plaque and earned the praise of Billboard, The FADER and Noisey as Los Angeles Times pegged her as “one to watch this year.” She turned her love for words into vivid verses during 2018 on the High Maintenance EP with her smash hit "ICY GRL" earning RIAA platinum certification. 2019 saw the release of Saweetie's ICY EP, spawning viral sensation "My Type," which earned an RIAA platinum certification, debuted on Billboard's Hot 100 and Pop Songs charts, hit #1 at Urban and Rhythmic Radio and is currently Top 25 at Pop radio. Managed by Max Gousse (Artistry Group) and represented by CAA, she’s set to perform a string of shows in the new year and readies her full-length debut for release soon.