BY: KERRY CRON
Kerry is the Fall 2019 Communications Intern at Visit Indy. She is a senior at Butler University, studying Strategic Communication with a focus in PR and Advertising Creative Design. Originally from the San Francisco Bay Area, Kerry is proud to call the Circle City and Crossroads of America her new home. She is an avid traveler, outdoor adventure seeker, and proud foodie, and is excited to show others why Indy has something for everyone. Around town, you can often find her grabbing tacos at Condado’s in Broad Ripple or checking out a new event or fall festival.
TAGS:
Arts, Attraction, Culture, History, White River State Park
NOVEMBER 20, 2019

November is Native American Heritage Month - and the Eiteljorg Museum debuted a new contemporary art exhibit to celebrate. "Blurring the Line" opened to the public on November 16, and celebrates transformative creativity in modern Native American art.

As the only museum of its kind in the Midwest showcasing Native American art and art of the American West, the Eiteljorg Museum of American Indians and Western Art is the ultimate destination for Native American Heritage festivities.

This past Saturday, the downtown museum kicked off the new exhibit with a live round-table session with the featured artists. Made possible by its pairing with the Eiteljorg Contemporary Art Fellowship, devoted to increasing awareness and appreciation of Native American art, the exhibit features five Native American comtemporary artists from North America.

The fellowship for "Blurring the Line" is composed of five Native artists from across the United States and Canada. One of the most highly anticpated features are renowned Canadian artists Rita Letendre, whose work "Sunburst" is shown below, and Hannah Claus. 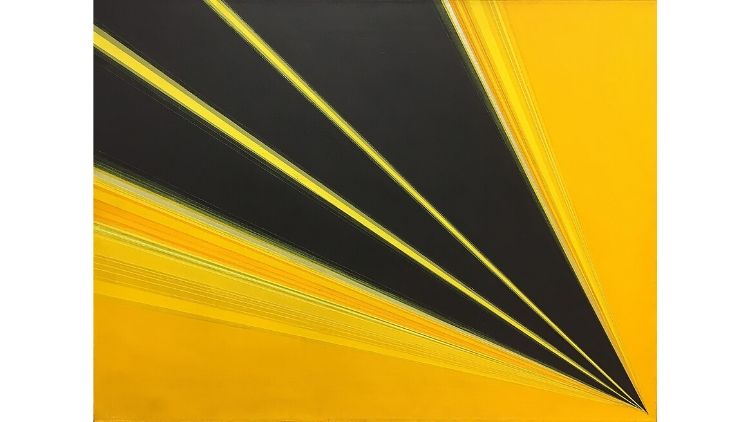 The new exhibit dives into the idea of how we view “traditional” and “contemporary” Native art. The line between the two are blurred, as contemporary Native art reflects both tradition and modern day, rejects stereotypes, and uniquely connects each featured artist in one outstanding tribute. This exhibit blurs the line between these two themes, while challenging the labels and definitions previously assigned to Native art.

The Eiteljorg will also be debuting its annual holiday showcase Jingle Rails: The Great Western Adventure tomorrow 10 AM. This year’s exhibition will add the Indianapolis Motor Speedway and historic Spanish missions of the Southwest to the impressive list of attractions featured.

Experience and celebrate tradition, history, and art this Native American Hertiage Month at the Eiteljorg Museum.