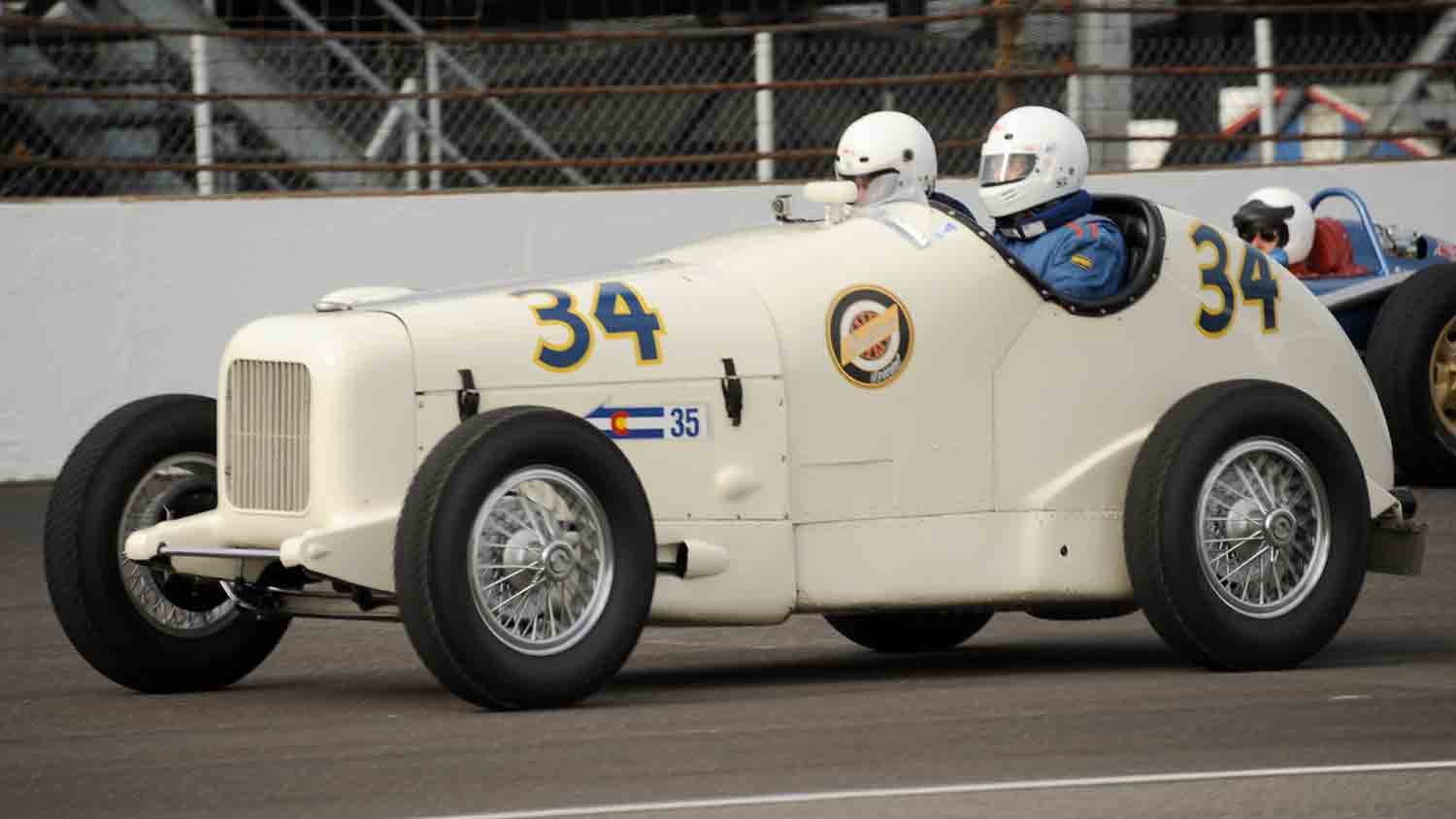 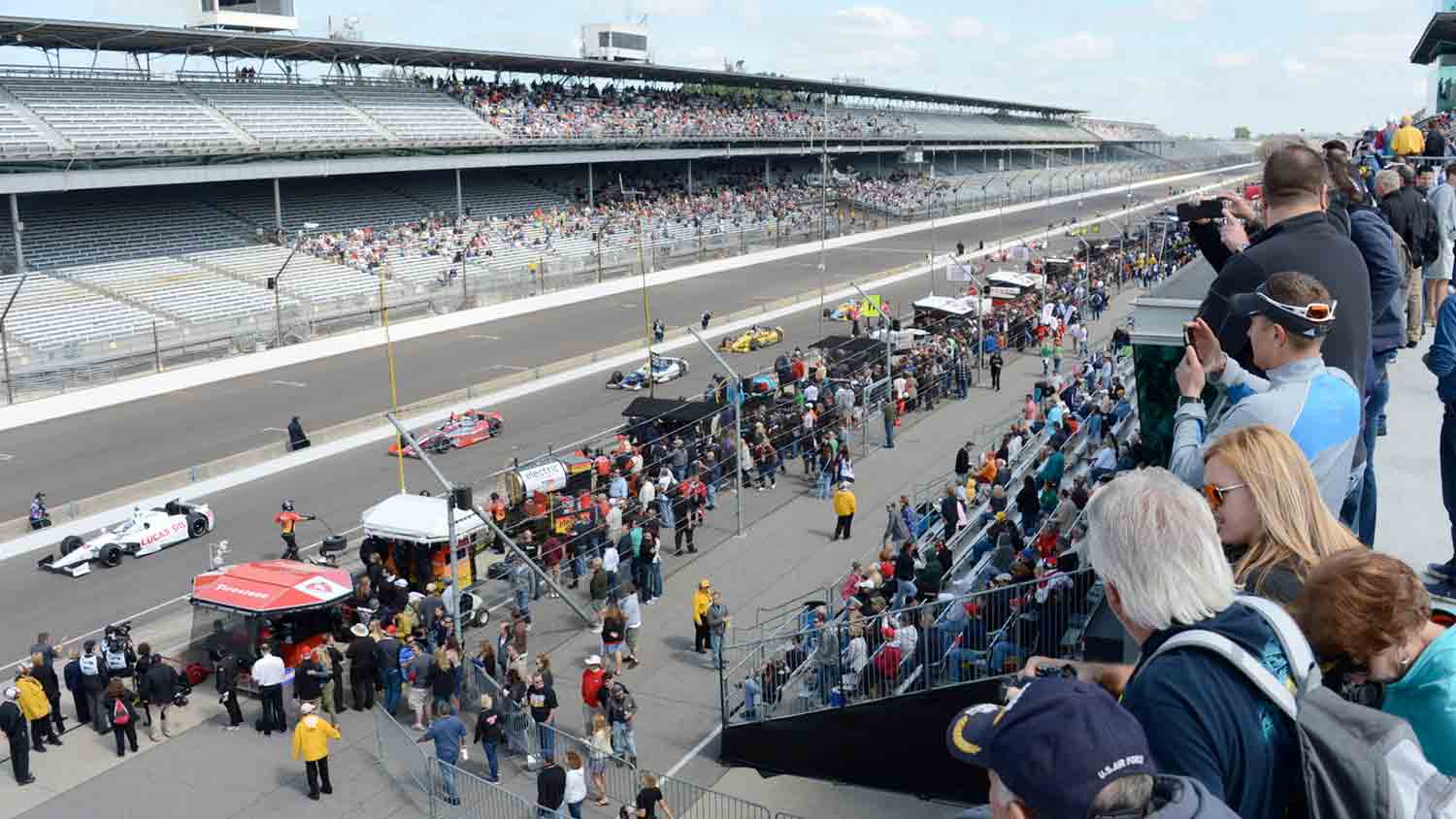 This high-powered party features the final practice for the 103rd Indianapolis 500 presented by Gainbridge, the Indy Lights Freedom 100, the Indy 500 Pit Stop Challenge, and the Miller Lite Carb Day Concert, all for one great price.

Music legends REO Speedwagon and Styx will co-headline the concert, performing their hits that have defined melodic power rock for generations.

The concert featuring two of the most popular American rock bands in history starts at 3:30 pm on the Miller Lite Stage inside Turn 4 of the IMS oval. Styx will perform first, followed by REO Speedwagon.

"Miller Lite Carb Day is the start of the most exciting weekend of the year in motorsports, and REO Speedwagon and Styx are the perfect headliners to shift anticipation for the 104th Indy 500 into top gear," IMS President J. Douglas Boles said. "Both bands came from Midwestern roots to become enduring global superstars, just like the Indy 500. Our fans will love rocking to hit after hit performed by these legendary artists at the best high-horsepower party of the year."

Formed in 1967 at college in Champaign, Illinois, signed in 1971 and fronted by iconic vocalist Kevin Cronin since 1972, REO Speedwagon is a band where the main constant over the decades is a never-ending desire to give their all to their fans, year in and year out.

In its early days, REO (named after the precursor to the light truck) rode to gigs in station wagons, hopping from small gigs to even tinier gigs, just to get their name out. It worked, as fans quickly realized there was much more going on here than your average college party band. By the early '70s, the band's unrelenting drive, as well as non-stop touring and recording, jump-started the burgeoning rock movement in the Midwest. It carved a path that was eventually followed by Styx, Kansas, Cheap Trick and more.

Platinum albums and freeform FM radio staples such as "Ridin' The Storm Out" followed, setting the stage for the 1980's explosive "Hi Infidelity," which received the Recording Industry Association of America's 10X Diamond Award for surpassing sales of 10 million units in the U.S. "Hi Infidelity's" millions in sales were fueled by massive hit singles such as "Keep On Loving You" and "Take It On the Run." All these years later, "Hi Infidelity" still remains a high-water mark for rock bands - the album spent 15 weeks in the No. 1 slot, a feat that modern artists can only dream of achieving.

REO rode the top of the charts with a RIAA-certified 22 million albums sold in the U.S. and 40 million around the globe, with a string of gold and platinum records and international hit singles.

At the center of REO's desire to keep it rocking for the fans is Cronin, who looks like he's found the fountain of youth, along with the secret to penning some of the biggest hits in rock. With bandmates Bruce Hall on bass, keyboardist Neal Doughty, Dave Amato on lead guitar and drummer Bryan Hitt, REO has remained busy since the band celebrated its 40th anniversary in 2007 with its 15th studio album, "Find Your Own Way," and tours with fellow legends such as Styx, .38 Special, Pat Benatar, Ted Nugent, Chicago, Def Leppard, Status Quo and Don Felder, including a number of shows to benefit various causes.

The six members of Styx continue to rock to audiences far and wide by entering their second decade of averaging over 100 shows a year. Founded in Chicago in 1972, Styx draws from over four decades of barn-burning chart hits, joyous singalongs and hard-driving deep cuts.

From the progressively sweeping splendor that is "The Grand Illusion" to the hunker-down fortitude of all that is the "Blue Collar Man," from the majestic spiritual love for a special "Lady" to the seething indictment of preening, primping pageantry for pageantry's sake of "Miss America," from an individual yearning for true connection as a "Man in the Wilderness" to a soul-deep quest to achieve what's at the heart of one's personal vision in "Crystal Ball," from the regal reach-for-the-stars bravado of "Come Sail Away" to the grainy all-in gallop of that rugged "Renegade" who had it made, the band draws on an unlimited cache of ways to immerse one's mind and body in its signature sound.

Over the ensuing decade, Styx weathered the shifting winds of the public's musical taste, reconvening for a highly successful 1996 "Return to Paradise" tour that was documented on CD and DVD in 1997.

With a little help from their many friends in Cleveland's Contemporary Youth Orchestra, "One With Everything" (2006) became a hybrid orchestral rock blend for the ages. And on "The Grand Illusion/Pieces of Eight Live" (2011), the band performed at its peak when tackling every track from a pair of their finest triple-platinum albums back to back. Styx also re-recorded two discs' worth of its classic material with much finesse and musculature, aptly known as "Regeneration Volume I & II" (2011 & 2012). The band's latest album, "The Mission," was released to critical acclaim in 2017.

Tickets: $30-$250. All tickets include admission to the concert and to on-track activities that day at IMS, which include the final practice for the 104th Indianapolis 500 presented by Gainbridge, the Freedom 100 Indy Lights race and the Indy 500 Pit Stop Challenge.