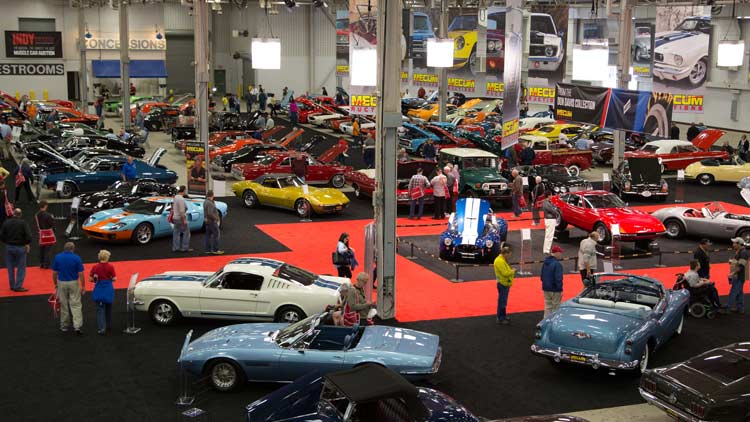 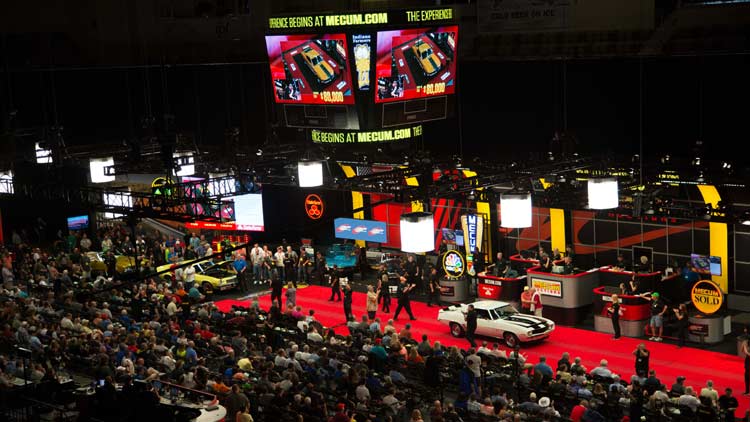 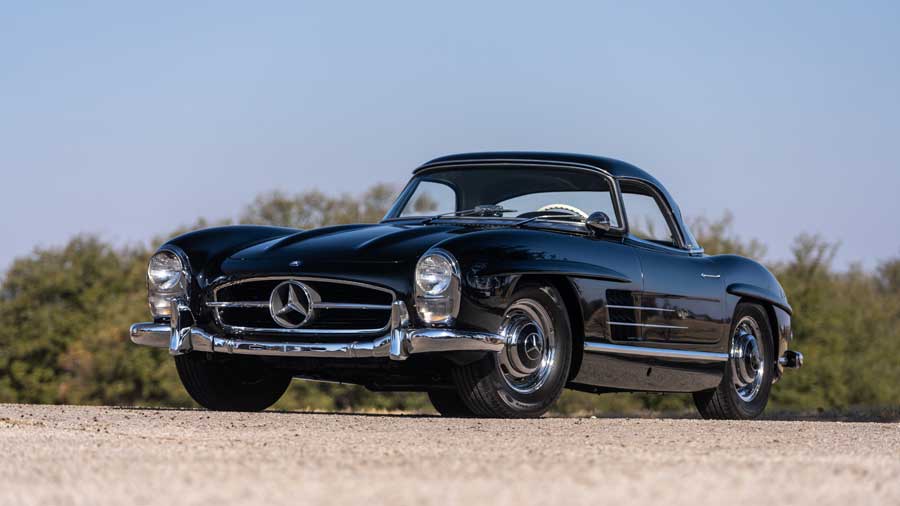 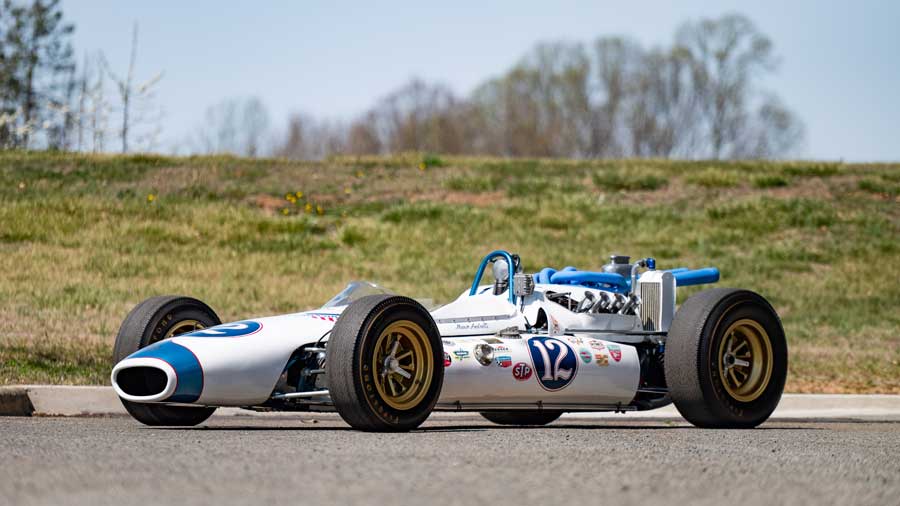 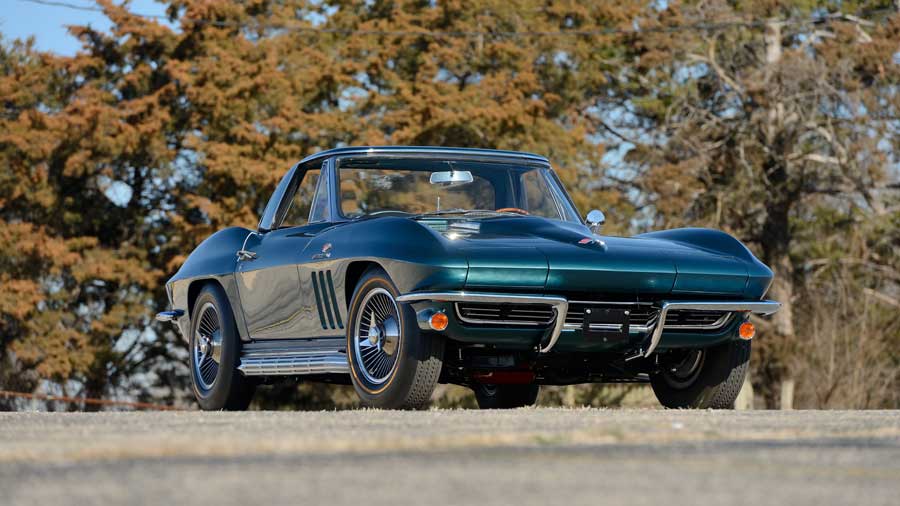 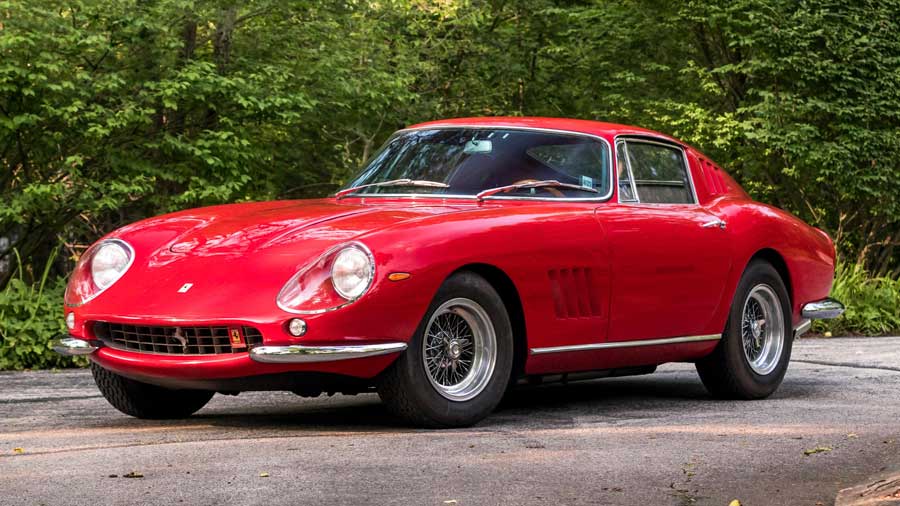 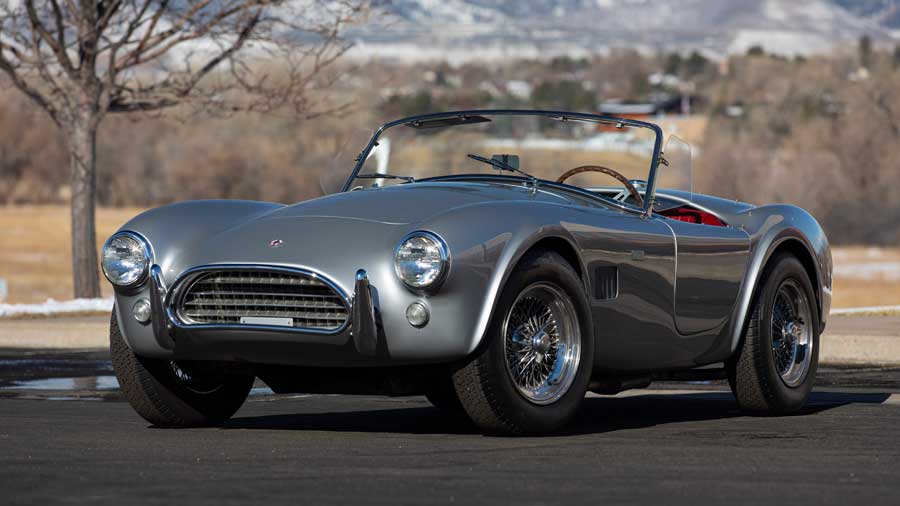 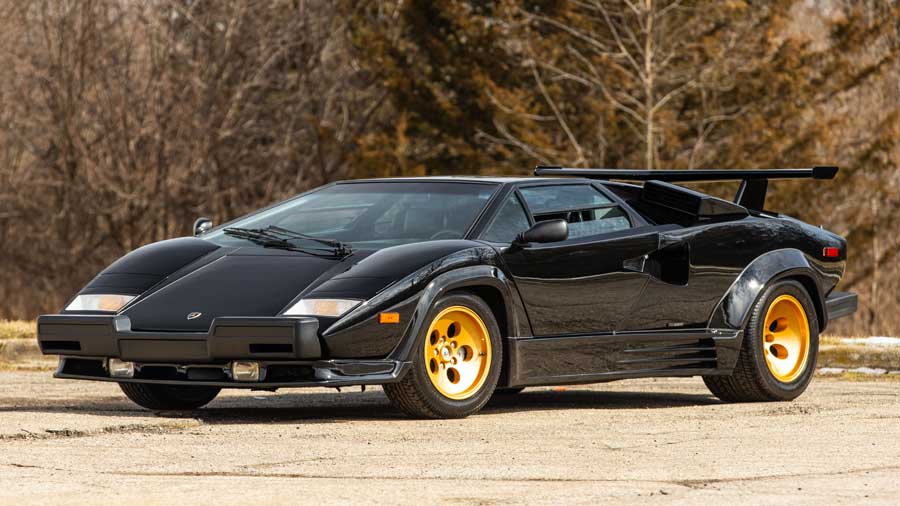 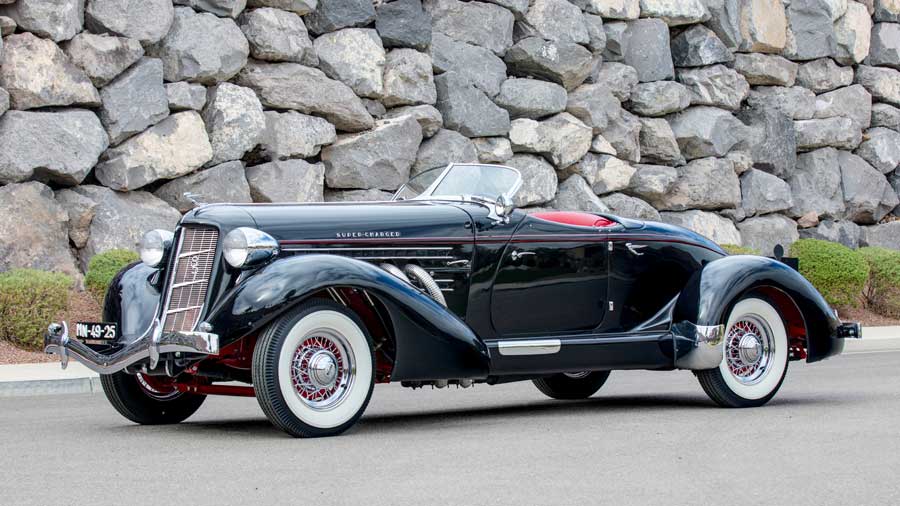 Following Mecum Auctions’ record-setting sales totaling nearly $300 million from the company’s first three auctions of 2022, the auction house is now prepping for its annual flagship event, Dana Mecum’s Original Spring Classic, now in its 35th year. With more than a month to go, the auction roster already includes an eye-popping array of main attractions and noted collections among the estimated 3,000 vehicles and more than 2,400 lots of Road Art and memorabilia items to be auctioned.

Headlining this year’s Spring Classic auction is The Ray Evernham Collection of 32 race cars—plus one engine—from the NASCAR Hall of Fame crew chief and team owner’s Big Iron Garage, all of which will be offered at no reserve. The definitive leader of the group is the 1965 Brawner Hawk Ford Dean Van Lines Special Indy Car (Lot R642) that was driven by Mario Andretti to Indy Car Championships in 1965 and 1966, to a third place finish and earning Rookie-of-the-Year honors in the 1965 Indianapolis 500, and also to the pole position for the 1966 Indianapolis 500. The 1969 Eagle Weslake Ford “Santa Ana” Indy Car (Lot R643) that was driven by Dan Gurney to a second place finish in the 1969 Indianapolis 500 and also to Indy Car wins at Indianapolis Raceway Park, Brainerd and Sonoma in 1969-1970 is another especially noteworthy offering from Evernham’s impressive race car collection.

Other well-known track stars consigned from Evernham’s personal collection include a 1969 Dodge Hemi Daytona NASCAR (Lot R644) that became the first car to officially top 200 MPH on a closed course circuit when Buddy Baker set an official lap speed of 200.447 MPH on March 24, 1970, at Talladega; a 1984 March 84C Cosworth Gilmore/Foyt Indy Car (Lot R645) that was originally slated to be driven by four-time Indianapolis 500-winner A.J. Foyt but was driven by George Snider to an 11th place finish in the 1984 Indianapolis 500; the 1968 Ford Torino Holman-Moody NASCAR (Lot R646) that was driven by David Pearson to victory in the 1968 Rebel 400; the 1956 Snowberger Offenhauser Federal Engineering Detroit Special (Lot R647) that was driven by two-time Indy Car Champion Tony Bettenhausen; the 2001 Dodge Intrepid NASCAR (Lot R648) that was Bill Elliott's pole-winning car for the 2001 Daytona 500; and the 1958 Lesovsky Offenhauser Bowes Seal Fast Special (Lot R650) that was formerly owned by the legendary chief mechanic George Bignotti and driven by Jud Larson to victory at Phoenix in 1958.

The Dr. J. Christian and Jennifer McCarter Collection is another remarkable selection of vehicles consigned for Indy 2022, and it comprises 20 mostly competition roadsters, muscle cars and late-model supercars, with all but one from Ford and all to be offered at no reserve. Headlining the collection are a 1965 Shelby 289 Cobra Roadster (Lot R576) that, according to the Shelby Registry, is one of fewer than 20 small-block Cobras built with the C4 automatic transmission, and a 1965 Shelby 427 Competition Cobra Roadster (Lot R577) that is one of 23 factory Competition Cobras and was its class winner at the 1966 12 Hours of Sebring.

The Asi and Lisa Sheikh Collection represents an eclectic, wide-ranging selection of 34 meticulously maintained, low-mileage and well-documented Corvettes, Shelbys, Mercedes-Benzes, Ferraris, Lamborghinis and Porsches, all at no reserve. Among the eight Corvettes are a pair of 2019 Chevrolet Corvette ZR1s, one a convertible (Lot R555) and the other a coupe (Lot R556), both with the 3ZR package, ZR1 track performance package, Sebring Orange design package, 6.2L/755 HP supercharged V-8 engine and the dealer plastic on the floors. Four Ferraris from the Sheikh collection include a 2004 Ferrari 360 Modena (Lot R535) with the 3.6L/400 HP V-8 engine, Ferrari F1 World Champion badges and just 283 miles, as well as a 2007 Ferrari 599 GTB Fiorano (Lot R536) with the 6.0L/611 HP V-12 engine, styled by Pininfarina with Ferrari 60th anniversary badging and showing 7,066 miles. And, from the American factory responsible for the great Shelby namesake are the couple’s 1969 Shelby GT500 Fastback (R547) and a 1969 Shelby GT500 Convertible (R548), both formerly owned by Carroll Shelby himself.

The Gary Thomas Collection will showcase 26 of the well-known collector’s pristine, mostly Blue Oval gems that include six classics and a variety of Shelby GT500s and Boss Mustangs, as well as 65 lots of Road Art items. Leading the stampede is a highly original, unrestored 1970 Ford Mustang Grande (Lot R383) with 39,250 miles and a 1968 Shelby GT350H Fastback (Lot R376), Shelby No. 01058, which is presented in a very rare Sunlit Gold and is one of only 233 GT350H cars produced for 1968.

Bidder registration for this year’s Spring Classic is available in advance online at Mecum.com and on-site at the auction for $200, and it includes admission for two to all nine auction days. For those unable to attend in person, enhanced remote bidding options are also available, with options for both online and telephone bidding.

Road Art will be offered daily May 13-21 beginning approximately 30 minutes prior to the vehicles. A separate auction stage will operate on Monday, May 16 through Wednesday, May 18 for the offering of Road Art and memorabilia items.