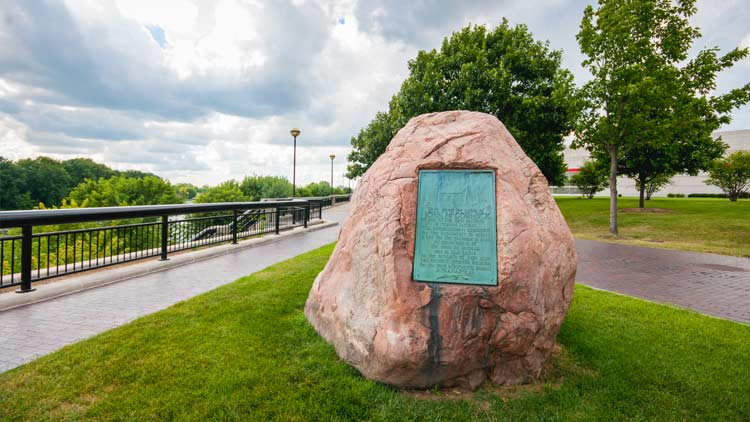 On February 18th, 1820 the McCormick Party left Connersville. The party consisted of John McCormick Jr. and his family, and his brothers Samuel and James. Also with them were nine hired hands. At Rushville, they turned north and began blazing their own trail. They turned west at what is now known as Knightstown, and began a new trail that eventually became a section of the National Road that leads to Indianapolis. After eight days of travel, the party arrived here at the west bank of the White River. When it was decided the river could not be crossed at that time, McCormick decided it would be here that he would build his cabin. The cabin was built just a few feet from the geographical center of the state. McCormick eventually opened the first tavern in the city, as well as the first ferry service across the river. As a memorial to the McCormick cabin site, the city placed a granite boulder and plaque and dedicated it on June 7, 1920.