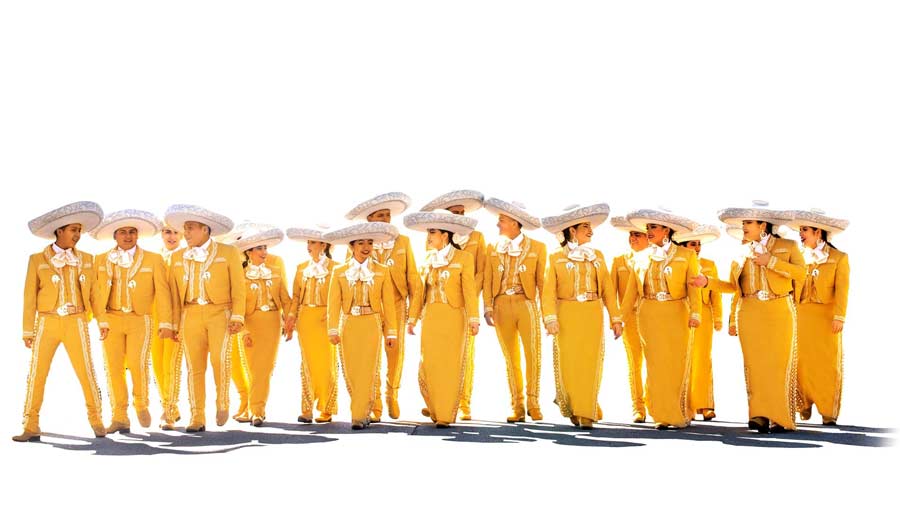 Nobody could have anticipated the success of the first album by Mariachi Herencia de México, an ensemble of student musicians from Chicago’s Mexican-American barrios. Released in 2017, their debut disk Nuestra Herencia (Our Heritage) received a Latin GRAMMY nomination, attracted local and national news coverage, and created new demand for appearances around the country.

Since then, the group has performed in major mariachi festivals in Chicago, Orlando, Los Angeles, Santa Barbara and Guadalajara, Mexico’s mariachi capital and has made debut performances at the Kennedy Center in Washington, DC andJoe’s Pub in New York City.

Mariachi Herencia de México takes off once again with the release of their follow-up album, Herencia De La Tierra Mía (The Heritage Of My Land), which has landed the No. 2 spot on the Latin Billboard charts. The self-released 14-track disc features guest vocals by two superstars of Mexican music, folkloric/fusion artist Lila Downs and veteran mariachi singer Aida Cuevas, and was produced by multi-GRAMMY-award winner and world music figure Javier Limón.