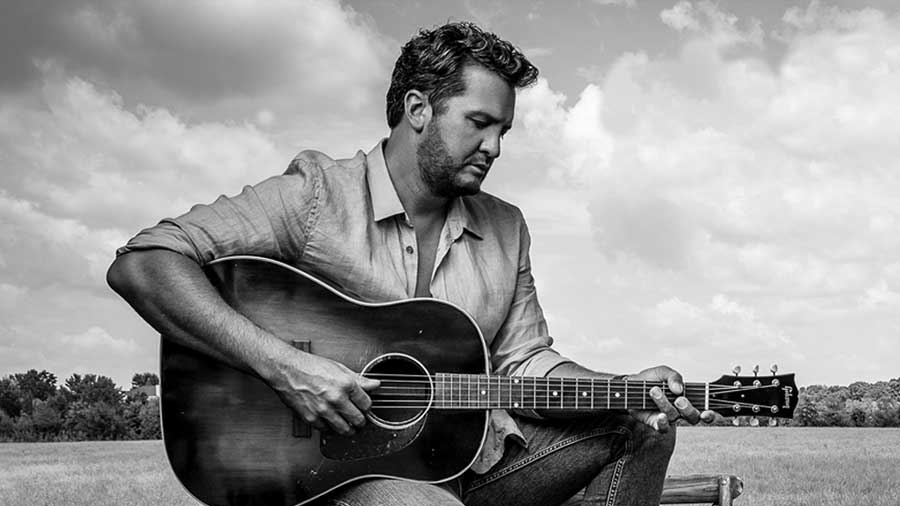 “My favorite place to be is on stage performing to country music fans,” said Luke. “So thankful every night when I walk out on that stage and know you are there to have a blast along beside me. It never gets old!”

The tour takes its name from the chorus of Luke’s current smash single “Up,” which is the sixth single from Luke’s #1 debuting BORN HERE LIVE HERE DIE HERE album.

Since his debut, Bryan has garnered 29 No. 1 hits and has more RIAA certified digital singles than any other Country artist with 68.5 million. His worldwide global streams are 17.2 billion and he has sold nearly 13 million albums. Bryan has won over 50 major music awards including five wins as Entertainer of the Year. His third and most recent Entertainer win was awarded by the Academy of Country Music in 2021. Additional awards include six recognitions as a CMT Artist of the Year, NSAI Artist/Songwriter of the Year, the first-ever recipient of the ACM Album of the Decade Award for Crash My Party, seven CMT Music Awards, five Billboard Music Awards, and four American Music Awards—as well as being named Billboard’s Top Country Artist of the 2010s, the Most Heard Artist of the Decade by Country Aircheck, and the Artist Humanitarian Recipient by the Country Radio Broadcasters last year. Also in 2021, IMDbTV, Amazon’s premium free streaming service, began airing his original five-part docuseries “Luke Bryan: My Dirt Road Diary.” On Sunday, February 27, Luke will return as a celebrity judge alongside Katy Perry and Lionel Richie on ABC’s “American Idol.” Visit www.LukeBryan.com or follow Luke on TwitterInstagram and Facebook.

Born in Jacksonville, Alabama, Riley Green was raised on the sounds of traditional Country, Bluegrass, and Southern Gospel music. He learned the spirit of songwriting and performing at a young age while spending time with his grandfather, Bufford Green, who ran the Golden Saw Music Hall. Riley shared the stage with him and other men of his generation, laying a foundation for the songs he’d craft in the years to come. His full-length debut album DIFFERENT ‘ROUND HERE was released in 2019 via BMLG Records and has produced two PLATINUM-certified hits with No. 1 “There Was This Girl” and “I Wish Grandpa’s Never Died,” a song People praised “might take him to a whole new stratosphere,” and one he shares co-writing credits posthumously alongside his two grandfathers. Highlighting his Southern roots and relatability, he co-wrote each track offering a perspective Rolling Stone describes as "Drinks-in-the-air Nineties country at an Alabama vs. Auburn tailgate." Green recently released BEHIND THE BAR, a seven-song collection which features “If It Wasn’t For Trucks,” a song MusicRow praises saying, “Riley’s great country vocal, honest presentation and true-to-life lyrics raise this one head and shoulders above the rest.” Named 2020 ACM Awards New Male Artist of the Year, Billboard describes Riley’s music as “accessible, winning songs” while American Songwriter proclaims his “storytelling talents shine bright.” Whiskey Riff further notes he is part of a small group who have “brought country back to its roots: the blue-collar sounds for the working man, by the working man.” Named a CMT “Listen Up Artist” and one of MusicRow’s 2019 “Next Big Things he was also voted as one of CRS’ 2020 New Faces and was named MusicRow’s Breakout Artist of the Year at their Country Breakout Awards. Currently on his own headlining tour, Green has previously hit the road with Jason Aldean, Brad Paisley, Jon Pardi and Dierks Bentley.

Mitchell Tenpenny recently released the eight-song EP Midtown Diaries. He produced the project with Jordan M Schmidt and co-wrote all the tracks including hit “Truth About You” which was first previewed for his fans on TikTok. “You listen to the fans who listen to you,” Mitchell said about their instantaneous reaction as the song became the largest streaming debut of his career now with nearly 64 million total on-demand streams.

Since the release of his debut single, “Drunk Me,” Mitchell has set new standards for breakout success in country music. The 2X Platinum-certified, No. 1 hit that has amassed over 550 million on-demand streams was taken from his introductory 2018 album, Telling All My Secrets, and earned him the best first week showing for any major label country debut LP. Since that time, the “winning” singer (the New York Times) was nominated for New Male Artist of the Year at the ACM Awards and Breakthrough Video (“Drunk Me”) at the CMT Music Awards and saw his “Alcohol You Later” and “Anything She Says” singles certified gold.

DJ Rock got his start while in college at Georgia Southern University in the late 90s. There he had residencies at two of the hottest bars/ nightclubs in Statesboro, GA and played just about every frat and sorority house in the Southeast. Well versed in all formats of music DJ Rock is truly an “open-format” DJ. Rock has shared the stage with some of music’s hottest acts including JLO and Luke Bryan. He’s played numerous private and corporate events for clients such as Under Armour, Red Bull and MillerCoors just to name a few. DJ Rock just wrapped Luke Bryan’s “Proud to be Right Here” Tour in 2021. He’s also, the New England Patriots’ Super Bowl DJ, having played their official events for the last three Super Bowls.