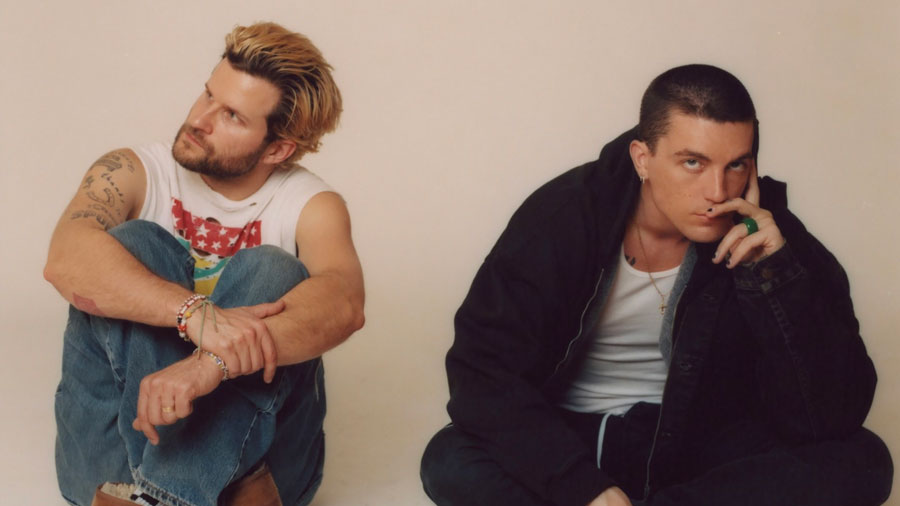 Los Angeles superband LANY have announced they will be hitting the road with special guest Surfaces for their Summer Forever Tour.

Nominated for Pollstar's 2021 “Best Pop Tour”, LANY’s global fan base continues to expand, with over +3.5 billion in streaming, 750 million in video views and +500,000 in worldwide tickets sales, this latest announcement continues LANY’s forward momentum following their highly successful gg bb xx fall 2021 tour which included sold out Forum and Radio City dates and the release of their tremendously successful pop focused gg bb xx album in September 2021. This latest announcement also comes off the heels of Surfaces’ Good 2 Be Back summer 2021 tour which coincided with their Pacifico album released last June.

In June of 2021, LANY released gg bb xx, their fourth consecutive studio album. gg bb xx showcased a return to their infectious pop sound collaborating with an array of notable songwriters and producers including Andrew Goldstein (Maroon 5, Katy Perry, Lauv), John Ryan (Shawn Mendes, Charlie Puth, Harry Styles), David Hodges (Ed Sheeran, 5SOS, Blink 182), Tobias Jesso Jr. (Adele, Sia, HAIM), Dan Smyers of Dan + Shay and more. The albums lead track was the +5 million video views hit “dancing in the the kitchen”—which Uproxx says “showcases the group’s knack for penning relatable pop tunes, emphasizing the importance of enjoying life’s little moments over a joyous beat.” These new songs follow LANY’s first new music of 2021, “I Quit Drinking,” a duet with country superstar Kelsea Ballerini which debuted with a live performance at this year’s CMT Awards . gg bb xx’s release immediately followed 2020’s critically acclaimed mama’s boy—which debuted at #7 on the Billboard 200 and #1 on the Alternative Albums sales chart with more than 300 million streams to date— LANY’s breakthrough came with their 2017 self-titled debut, which built an international fanbase and led to sold out arenas across the world. The heartbreak anthems on their 2018 follow-up MalibNights cracked the Billboard Album Chart and connected in a huge way across the globe, with their 2019 collaboration with Lauv,“Mean It,” garnering further attention. Fronted by songwriter, lyricist and producer Paul Klein, LANY have a social media following of +9 million people, have sold more than 500,000 tickets worldwide and played sold-out shows from L.A.’s Greek Theatre to London’s Brixton Academy. Their songs have been streamed over three billion times with more than 750 million video views to date.

Surfaces is a Texas-based duo comprised of Forrest Frank and Colin Padalecki. Forming in 2017, with Forrest manning vocals and production, and Colin handling writing and arrangements, they released their debut album later that year titled Surf. Quickly capturing the attention of fans, they followed in 2019 with the release of Where the Light Is, catapulting them into stardom with breakout smash “Sunday Best.” The RIAA double-platinum certified track went on to surpass 2.5 billion streams, break into the Top 20 on Billboard’s Hot 100, reach #9 at Pop Radio and led to performances on The Tonight Show with Jimmy Fallon, Late Night with Seth Meyers, The Late Late Show with James Corden, and The TODAY Show. The band continued their momentum with the release of Horizons, in early 2020, featuring “Take It Easy,” followed by their collaboration with the legendary Elton John on “Learn To Fly” and, most recently, the release of their 2021 album, Pacifico, featuring stand out singles “Wave of You” and “Come With Me” featuring Salem Ilese.

Now, Forrest and Colin focus on the next chapter of their musical career. Redefining their sound and perfecting their craft, the two isolated themselves in a house in Joshua Tree to experiment with new sounds and record. Inspired heavily by the likes of Tame Impala and Tom Misch. Kicking things off with “I Can’t Help But Feel,” the duo continue to carve their path and hint at more to come.