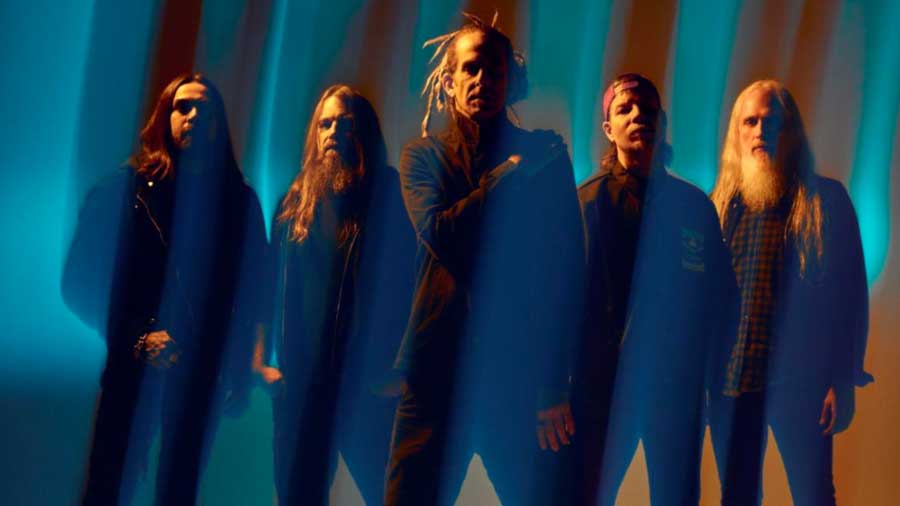 "Two decades ago, Lamb of God, along with Killswitch Engage, were a part of a new wave of American heavy metal music. Our scene grew from a small, loosely connected network of underground shows in basements and warehouses, into a global phenomenon that helped define an entire generation of modern heavy metal. We are thrilled to announce The Omens Tour, which celebrates not only the perseverance and impact of that original movement, but also the creativity and originality of the bands that it influenced. Heavy metal is alive and well. The Omens Tour proudly showcases the depth and diversity of our scene. This is not a tour to miss." - Mark Morton

Densely muscular, soaked in unnerving spite, with a pessimistic eye toward inner struggles and global affairs alike, Omens is a furious entry in the Lamb Of God catalog, perhaps their angriest album yet. "The world is crazy and keeps changing. Omens is a reaction to the state of the world,” explains vocalist D. Randall Blythe. "It’s a very pissed-off record.” He pauses for emphasis. “It is extremely pissed-off.”

Omens is also Lamb Of God's most diverse affair. The band tracked live in the room together at Henson Recording Studios (formerly A&M Studios) in Los Angeles, California, a location that birthed classics from The Doors, Pink Floyd, The Ramones, and Soundgarden, among others. "The inner workings of the band have never been better,” explains guitarist Mark Morton. “You can hear it in Omens. You can see it in our performances, and if you're around us for five minutes, you can feel it."

The Omens album pre-order is live now at Lamb-Of-God.com, boasting several exclusive items, including a signed colored vinyl variant, shirt, hoodie, and signed CDs with an alternate color cover. All physical CD and Vinyl releases will include a free access code to watch the livestream viewing of "The Making of Omens" documentary, which will premiere the week of album release.

"For millions of headbangers, Lamb Of God are simply the most important contemporary metal band in the world," Guitar World observed. Lamb Of God grew from basement shows and grimy DIY venues to arena headliners. Over the course of their career, the Richmond, Virginia-based band earned a reverence akin to musical forefathers (and road companions) Metallica, Slayer, and Megadeth. Timeless songs like "Laid to Rest," "Redneck," "Walk with Me in Hell," and "Now You've Got Something to Die For" became anthems in the heavy metal songbook. They shoved heavy metal into the new millennium with New American Gospel (2000). As the Palaces Burn (2003) joined Rolling Stone's Top 100 Greatest Metal Albums of All Time. Ashes of the Wake (2004) was the first Lamb Of Gold album certified gold by the RIAA, a feat once all but impossible for a contemporary extreme metal band. Sacrament (2006), Revolver's Album of the Year, went gold as well. The raw and organic malice of Wrath (2009) began the band's enduring relationship with Wilbur. Both the diverse Resolution (2012) and the explosive VII: Sturm und Drang (2015) debuted in the Top 5 of the Billboard 200. The 2020 self-titled set, their first new material in five years, added instant classics "Memento Mori" and "Resurrection Man" to the repertoire, alongside eight more monster tracks. Revolver, Metal Hammer, and Loudwire included Lamb Of God on their year-end Best Albums lists. The momentum continues with Omens, the band's most aggressive and ambitious album yet.