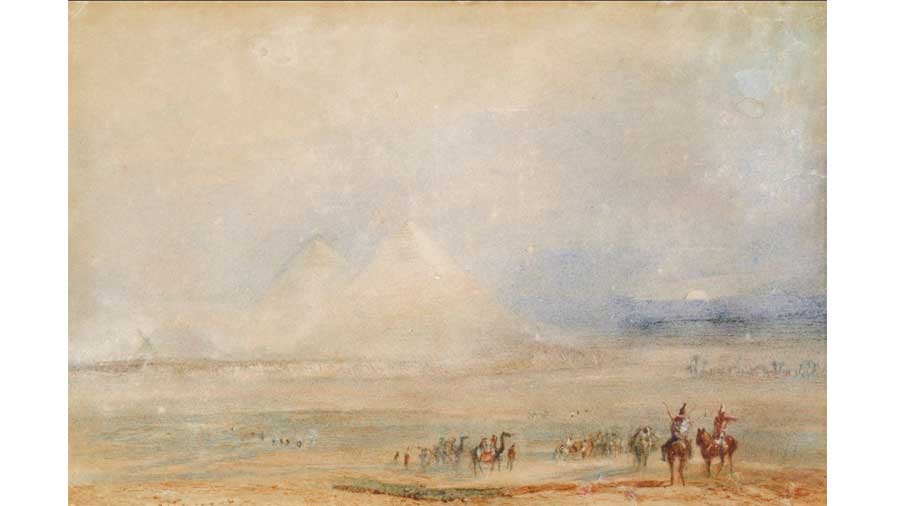 Two centuries ago, J.M.W. Turner’s watercolors of famous destinations—the Rialto Bridge in Venice, the Aysgarth Force waterfalls in England, Rosslyn Castle in Scotland—became gateways to the world for armchair travelers. Modern explorers will also enjoy these 32 works representing a lifetime of Turner’s adventures, often on foot, pencil and sketchbook in hand.

Before practical photography was invented, publishers commissioned landscape artists to create images for travel books that appealed to an emerging middle class during the British Industrial Revolution. Turner (1775–1851), an English Romantic painter, was one of the most financially and artistically successful of these artists. Visitors to the exhibit can see original watercolors and the prints created from them, along with examples of the historic travel books. One especially well-preserved watercolor, Rosslyn Castle (1820), was created as an illustration for a book by Sir Walter Scott, who kept and protected the original from light by hiding it behind a curtain.

All materials come from the IMA’s extensive holdings of Turner’s works on paper, which have not been on view since 2017.