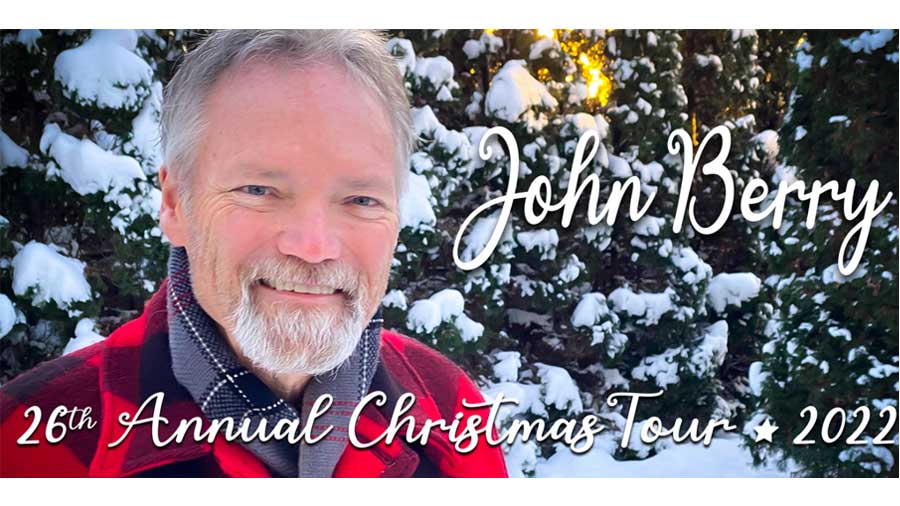 Spend a very special evening this holiday season with country star John Berry and his amazing band for a night filled with Christmas hits!

This singer-songwriter rose to stardom on the country charts of the 1990s with such mega hits as Your Love Amazes Me, Standing on the Edge of Goodbye and She’s Taken a Shine. His annual Christmas tours brighten the holidays for thousands, as does his electrifying rendition of O Holy Night.

During his star-making decade, John Berry placed 20 singles on the country hit parade. He earned Gold and Platinum records. He was nominated for a Grammy Award, CMA Awards and ACM Awards. And thanks to the miracles of modern technology, he even sang a duet with the late, great Patsy Cline.