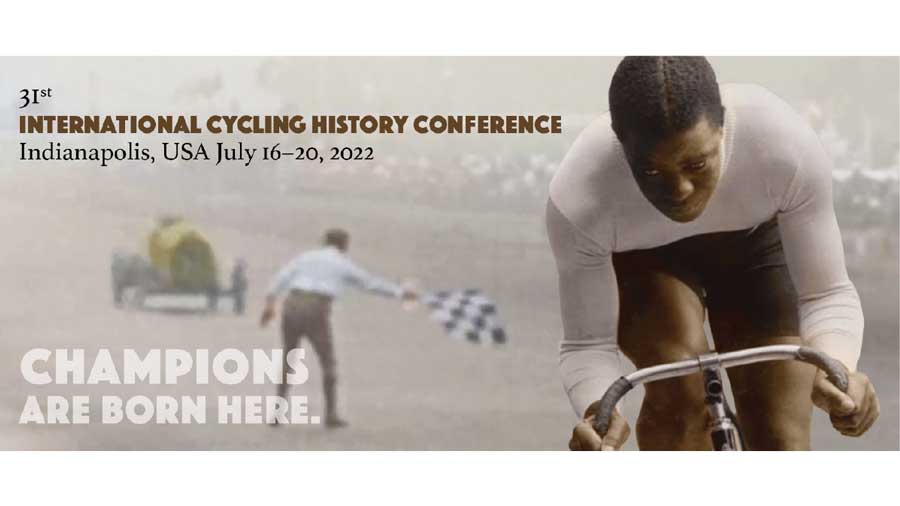 Indianapolis, Indiana (often shortened to “Indy”. Indianapolis is the capitol of the USA’s State of Indiana, and it is the most populous city in the state. Indianapolis is also the largest city in the United States not on a major water way. The city is often referred as the Sports Capital of the World because it is host to the ‘Indianapolis 500’ (an automobile race, and the largest one-day sporting event in the world) in addition to hosting many other amateur, NCAA, and professional sports events. Most importantly for this Conference, Indianapolis is where Major Taylor was born, and where he got his start in bicycle racing. Major Taylor became the U.S. and then the World Champion bicycle rider (the fastest bicycle rider in the world) in 1899, and he went on to race in Europe which made him the first African American professional athlete.

The 31st ICHC will take place in the Indiana War Memorial (IWM) that consists of an imposing building that occupies a large block of park-like land in the center of Indianapolis. This building is used for a variety of civic and private events with several meeting rooms and a large auditorium. The building is very suitable for an event like the 31st ICHC, and its use is being offered free of charge to the ICHC Planning Committee because Gary Sanderson is a military veteran having served in the U.S. Army and the California National Guard from 1954-1960.

This is a rare opportunity to join a pres-gious global conference, focused on local wheel history. The last conference took place in Znojmo, Czech Republic, and the next one will be in Ghent, Belgium. Advance -ckets available on eventbrite: For 7/17 h`ps://www.eventbrite.com/e/interna-onal-cycling-history-conference--ckets-355251435607? dclid=IwAR3MEWWNFMvaEAgY9NSLI4KQlZptdtZHAR-p1Ng6Stj3sPoQ2ptCDg4qu70 For 7/18 h`ps://www.eventbrite.com/e/major-taylor-nite-open-to-the-community-5- -ckets-356697871937?aff=ebdsoporgprofile