The Indiana War Memorials Plaza National Historic District - located south of the Indianapolis Public Library between Meridian and Pennsylvania Street from St. Clair to New York Street, and including Monument Circle - is home to three parks and more than eight memorials dedicated to honoring the service of Hoosiers. The Historic District is a nice field trip and a great place to learn about Indiana’s military and veteran history. 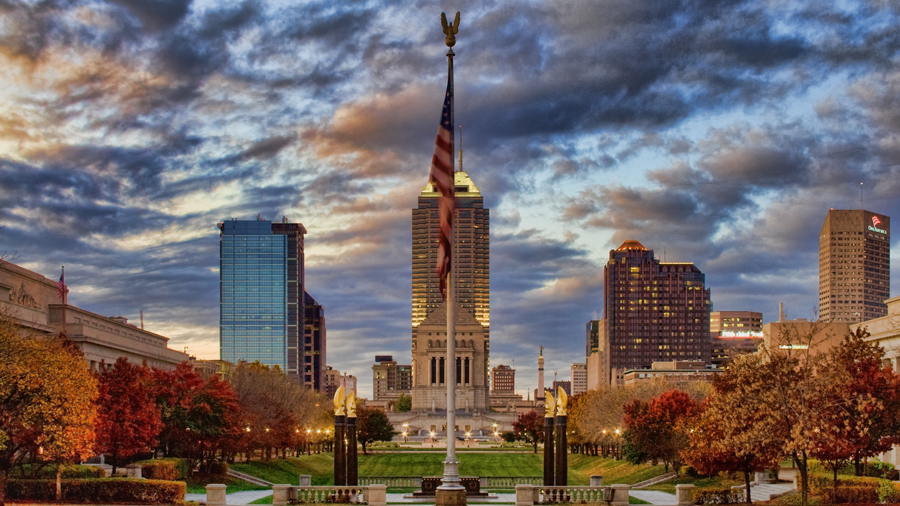 Curious about the different monuments and memorials? Consider bringing your smartphone to enjoy the Pocket Sights guided tour along the 2.3 mile walk, including Monument Circle, the Indiana 911 Memorial, the National USS Indianapolis CA-35 Memorial, and the Medal of Honor Memorial located outside the District along the canal. The guided tour allows you to start anywhere. May we recommend ending at the Indiana World War Memorial?

The museum holds spacious exhibits conveying the contributions and sacrifices of Hoosier service men and women from the Revolutionary War through recent peacekeeping operations and conflicts. Visitors will be able to learn the story of the doughnut girls, who fried donuts and dodged bombs on the front lines during WWI. You can also see a full complement of the uniforms worn by women in each branch of the military during World War II, experience a replica of the radio room from the USS Indianapolis CA-35, see the actual Medal of Honor Hoosier Sammy L. Davis received from President Lyndon B. Johnson for his selfless service in Vietnam and stand before a real Vietnam era helicopter. Even if you’ve already visited the museum, it is ever changing with new and exciting additions even in 2020. 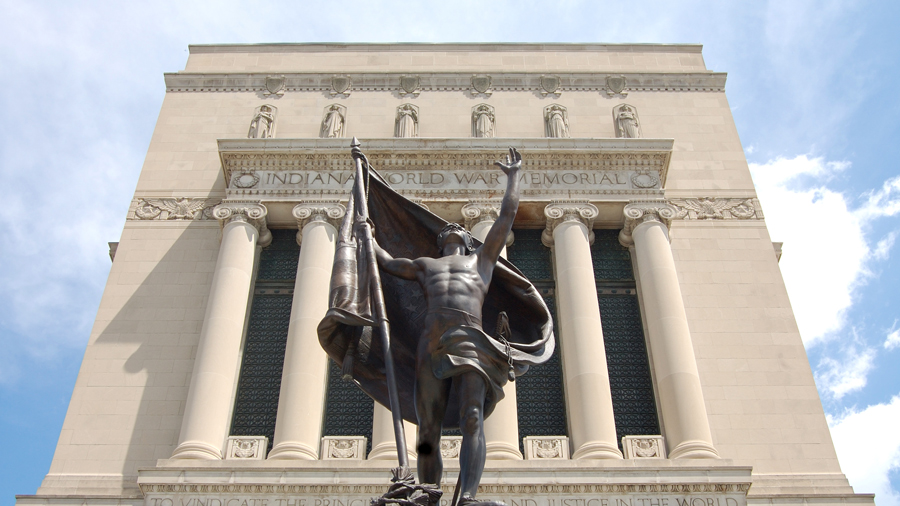 The most recent addition is the Congressional Gold Medal, awarded to the crew of the USS Indianapolis CA-35 to commemorate the 75th Anniversary of the loss of the ship at sea on July 30, 1945 when 879 men perished and 316 spent 5 days in the ocean before being rescued. The Congressional Gold Medal is the highest appreciation for distinguished achievements and contributions in the United States, bestowed by the United States Congress.

If you are interested in seeing the Congressional Gold Medal and learning more about the USS Indianapolis CA-35, visit the Indiana War Memorial Museum, open Wednesday to Sunday from 9 am. to 5 pm. 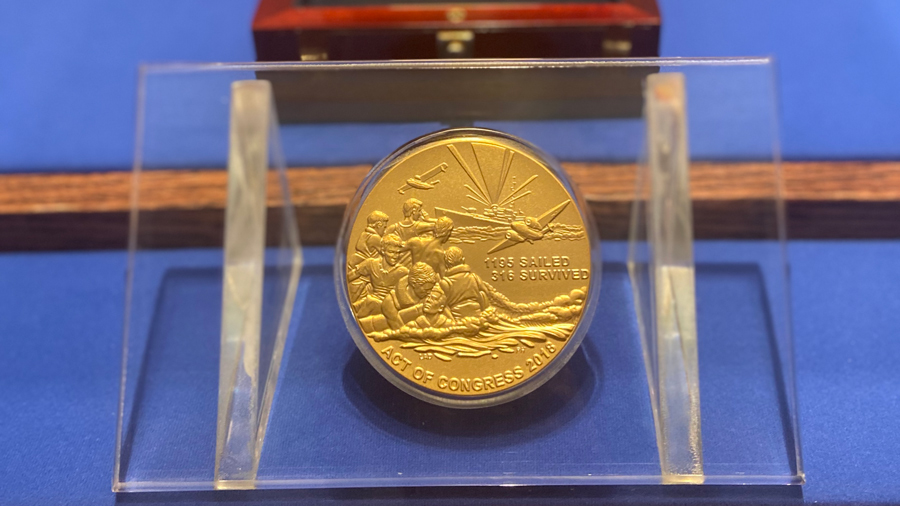 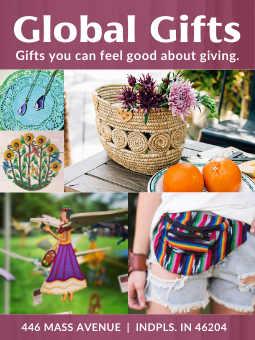