Guided tours of the building are available weekdays, 9 am-3 pm; and Sat., 10:15 am, 11 am, noon, and 1 pm. Closed during some holidays, call ahead. Visit the web site for a self-guided tour brochure or to schedule a group tour. 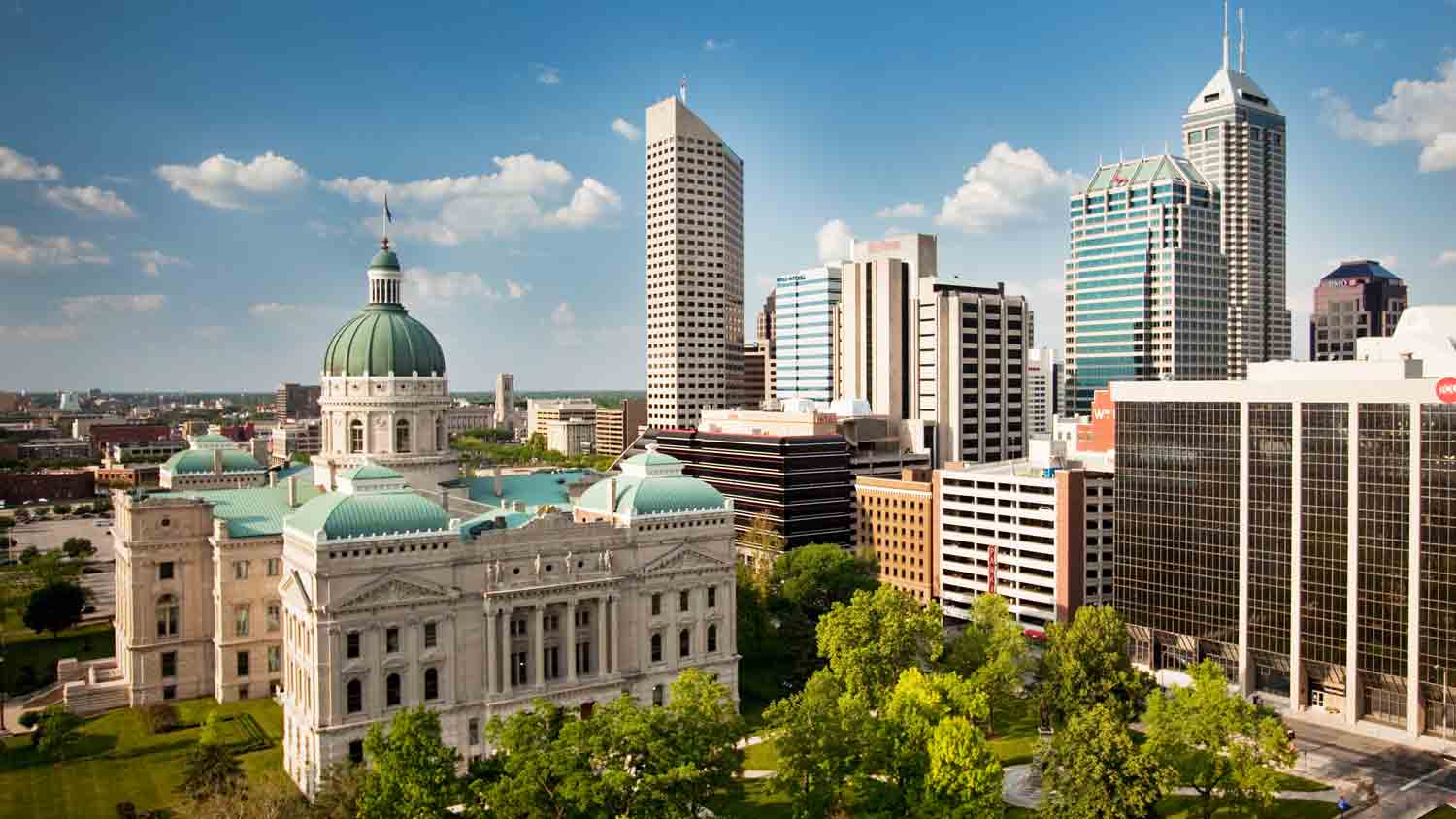 Experience the historic treasure that belongs to the citizens of Indiana! Indiana is one of the few states in the nation that has all three branches of government operating out of the historic state capitol building. In 1825, after nine years of statehood, the capitol city was relocated from Corydon to Indianapolis. Plans for the current statehouse began in 1867 and the building was completed in 1888. It is constructed of Indiana limestone and white oak. The beautuful stained glass rotunda window is original and made from German glass.

Serving as the center of civic life in Indiana since 1888, the Indiana Statehouse is an outstanding architectural beauty and is constructed of Indiana-sourced oak and limestone. Tours are available of this four-story home of the Indiana House of Representatives, Indiana State Senate, Indiana Supreme Court, and Indiana Courts of Appeals.