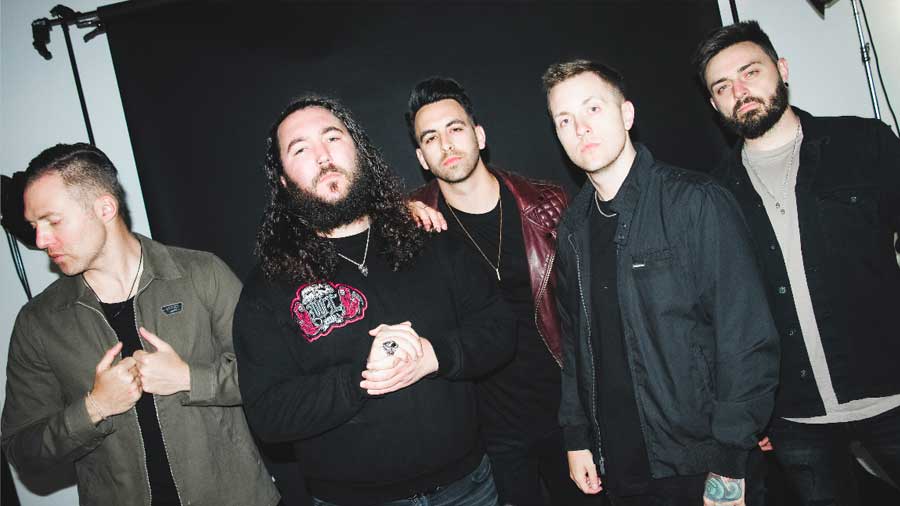 I Prevail have established themselves as the forerunners of the genre in the 21st century. TRUE POWER, once again produced by Tyler Smith, features the sort of stadium-sized riffs that will rattle your teeth loose from your gums and unforgettable, supremely catchy melodies that will camp out in your brain for weeks at a time. The band also alternately mixes screamed vocals that sound as though they crawled from the depths of hell with soaring, emotional vocals and heartfelt, intimate lyrics that go so deep, they hit marrow. The end result is an album that resonates with the listener in the most personal way. Rising to an arena level and receiving two Grammy nominations — Best Rock Album for Trauma, and Best Metal Performance for crushing lead single "Bow Down," I Prevail proved that they were built to last. To date, they've racked up more than 1.5 billion streams in the United States, drawn upwards of 334 million YouTube views, and saw their "Hurricane" single top Billboard's Mainstream Rock Airplay chart in 2020: officially the top song on U.S. rock radio at the time. A number of their singles have now been certified Gold and Platinum, and they have been praised by press far and wide, including Forbes, Billboard, The Hollywood Reporter, and NPR.

Since 2006, Pierce The Veil have unassumingly yet consistently climbed their way into the hearts of millions worldwide via an unshakable devotion to making honest and hypnotic hard rock. The San Diego band — Vic Fuentes (vocals, guitar), Tony Perry (guitar), and Jaime Preciado (bass) — released A Flair for the Dramatic [2007] and Selfish Machines [2010], the latter of which camped out at No. 1 on the Billboard Heatseekers Chart. They have steadily built a dedicated and diehard fanbase through touring and by nurturing an honest connection. PTV truly established themselves with 2012's Collide With the Sky, which spawned their first RIAA Platinum-certified single with "King for a Day." They followed with Misadventures in 2016, which charted at No. 4 on the Billboard Top 200 and notched No. 1s on multiple charts, including Top Alternative Albums, Top Hard Rock Albums, Top Independent Albums, and Top Rock Albums. In between sold-out tours all over the globe and a headlining stint on 2015's Warped Tour Main Stage, the musicians garnered five Alternative Press Music Awards (including "Album of the Year" for Misadventures), two Kerrang! Awards, and a Revolver Golden Gods Award. They've graced the covers of Alternative Press, Kerrang!, Rock Sound, and more — multiple times. Elsewhere, their digital and streaming footprint is nothing short of staggering. They've tallied over 1.5 billion global streams and almost 370 million YouTube views — proving that growth is a constant for them. Ultimately, Pierce The Veil, who've earned multiple gold and platinum certifications, remain one of the most beloved bands of their generation and they show absolutely no signs of slowing down as they march into a new decade ready to share the most important music of their career.

One of the heaviest and catchiest extreme metal acts from the Lone Star State since the original cowboys from hell, FIT FOR A KING's ascendance is demonstrated as much by the massive singalongs at their shows as their jaw-dropping streaming numbers. After self-releasing EPs for years, they've issued Descendants (2011), Creation/Destruction (2013), Slave to Nothing (2014), Deathgrip (2016), and Dark Skies (2018) to critical and fan acclaim. However, their sixth album, 2020's The Path, has asserted itself as definitive for the band. The band fires off shredding guitar solos, while doubling down on the massive catchy choruses. Even as FFAK's music is rightfully heralded as "majestic and punishing" (Revolver Magazine) and "straightforward heaviness" (Metal Injection), genuine connection, fearless transparency, and an accessible relatability are the most essential elements of the band's powerful presence. Their anthems appeal equally to anyone whose tastes were shaped and inspired by gateway bands like Slipknot and Korn or New Wave of American Heavy Metal torchbearers like Killswitch Engage. FFAK are road warriors, having appeared several times on the Vans Warped Tour and having toured alongside Ice Nine Kills, Beartooth, August Burns Red, and Whitechapel, among others. The band has impressively generated over 300 million streams combined, and they're only just getting started. The band will drop its seventh album this fall.