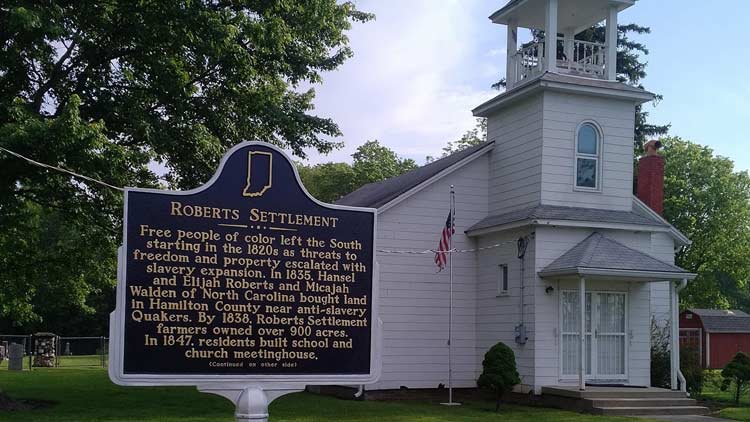 Just thirty miles north of Indianapolis stand the remains of an African American pioneer farm settlement founded in 1835 by free blacks of mixed racial heritage who migrated from the South. The pioneers pursued economic, educational, and religious aspirations with greater freedom and fewer racial barriers, goals which were achieved through hard work and assisted by racially tolerant Quaker and Wesleyan neighbors. Today, a chapel and cemetery are the physical reminders of a once thriving community.

In 1925, the first Roberts Settlement Homecoming was organized and held on the Roberts Chapel grounds. Since then, the homecoming has occurred every year on the July 4th weekend. Descendants come from all corners of the U.S. and beyond to renew family bonds and friendships, and to celebrate the site’s rich cultural heritage.