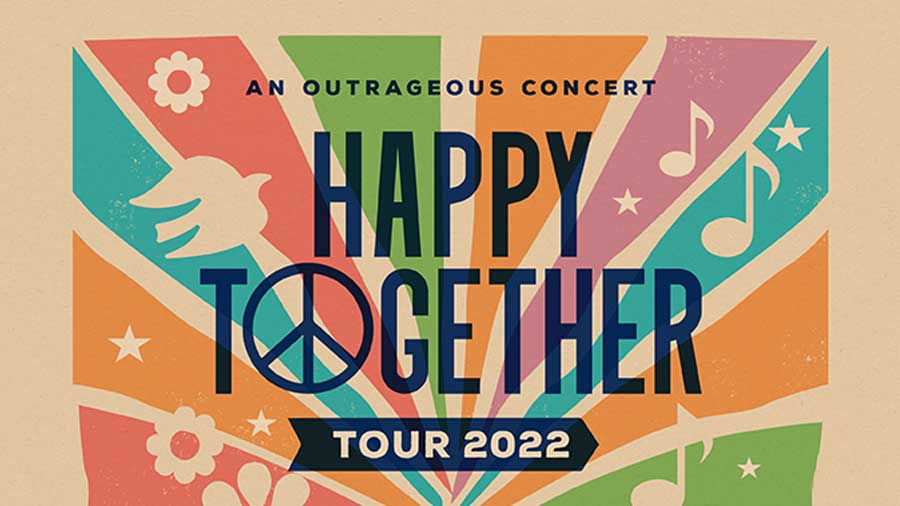 Happy Together Tour
The Happy Together Tour consists of six bands: The Turtles, Gary Puckett & The Union Gap, The Association, The Classics IV, The Vogues and The Cowsills. These bands that had their biggest hits in the 60’s and 70’s brought timeless sounds and songs like “Happy Together” by the Turtles, one of the most recognizable songs of that time period. These bands combined have multiple No. 1 hits with this tour starting in 1984. Since then the band has consistently knocked out 50 shows a year, making this tour an iconic homage to an era of music that has influenced many of today’s artists. The tour has consisted of several different bands and artists throughout the nearly 40 years it has been running, with the only constant band being The Turtles. This group’s members include: Howard Kaylan, Mark Volman, Al Nichol, Chuck Portz, and Don Murray. With the exception of Don, all original members are alive today, making this band’s live songs truly original.