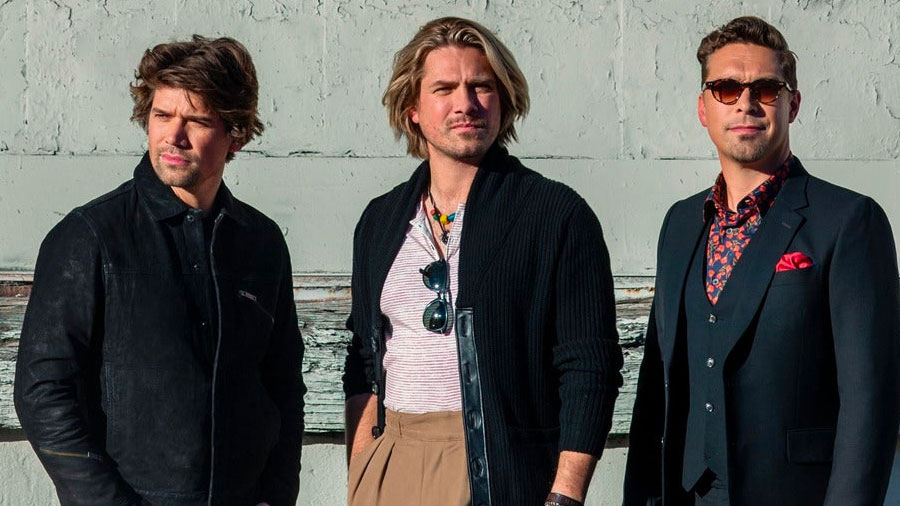 Pop-rock trio Hanson is touring in support of their unique new album comprised of the band’s three solo-led projects.

RED GREEN BLUE will be released via 3CG Records on May 20 right as the band is reaching the milestone of 30 years performing together. The new Red Green Blue album brings together the band's three unique creative voices like never before with a third of the album written and produced by each brother (Taylor’s Red, Isaac’s Green and Zac’s Blue). The project brings together a team of collaborators, with the album co-produced by Grammy Award-winning Producer, Engineer and Mixer Jim Scott (Tom Petty, Red Hot Chili Peppers, Wilco), and Grammy Award-winning Artist and Producer David Garza (Fiona Apple, Midland, Sharon Van Etten).

“Going into our 30th year as a band we felt like it was imperative we continue to tell our story like only we can, and telling stories in ways that will continue to challenge us to grow and give people new reasons to listen. Red Green Blue is about sharing what has made us a band that has been able to weather so many storms,” said Isaac Hanson.

“Our love and respect for Jim Scott has only grown since we first met 20 years ago. He has been behind some of our favorite albums, so it’s an absolute joy to have finally made a project together,” said Taylor Hanson.

Added Zac Hanson, “We have had a long friendship and deep connection with David since our early days as a band. We could not have had a better musical collaborator for this milestone project.”

Beginning in June in Europe, the RED GREEN BLUE WORLD TOUR will bring HANSON to the US and Canada from July-September, Latin America in September, and Australia & New Zealand in November. The band’s first major tour since their String Theory album & tour in 2018/2019, fans will be in store for a tour which not only features the premiere of 15 songs from the new project but will also be the first tour to include live performances of 2020’s Against The World as well as career-spanning setlists of fan favorites.

Fresh off of the release of Against The World, featuring seven songs released consecutively each month, the prolific band of brothers are reinforcing their deep musicality and credibility as writers, performers and producers with the new project. Leading up to May’s full album release of RED GREEN BLUE, fans will get a taste of the trifecta of sound, with a single featuring each of the brothers. Coming February 11 Taylor’s earnest and dynamic “Child At Heart”, March 11 will see the release of Isaac's organic and heartwarming “Write You A Song” and April 15 will feature the rock infused pop of Zac’s “Don’t Let Me Down”.

HANSON are a multi-platinum three-time Grammy-nominated pop-rock trio, selling over 16 million albums, and performing concerts to over 3 million fans. Founded in Tulsa, OK in 1992, the band established a regional following before making a meteoric rise to international fame with their major-label debut, Middle Of Nowhere, lead by the ubiquitous single “MmmBop,” which was a #1 single in 27 countries simultaneously. They have garnered a string of consecutive top 40 singles, seven studio albums, two Christmas albums, and five live releases. The band founded their independent record label in 2003, a story which was chronicled in their acclaimed documentary Strong Enough To Break, a crucial step in the band’s ability to maintain their coveted connection with their global fanbase. 2017 marked the band’s 25th Anniversary Middle of Everywhere Best Of release and world tour, featuring the new single “I Was Born”, followed by 2018’s String Theory symphonic album, which saw the band perform alongside leading symphonies in some of the world’s most prestigious venues on the accompanying tour. In addition to their musical endeavors, in 2007 HANSON launched their Take The Walk grassroots campaign to provide poverty and HIV/AIDS relief in Africa. In 2013, they launched HANSON Brothers Beer, premiering their new venture with a signature Pale Ale, Mmmhops, and in 2014, they launched the Hop Jam Beer and Music Festival in Tulsa OK, which is among the largest craft beer and music events in the country.