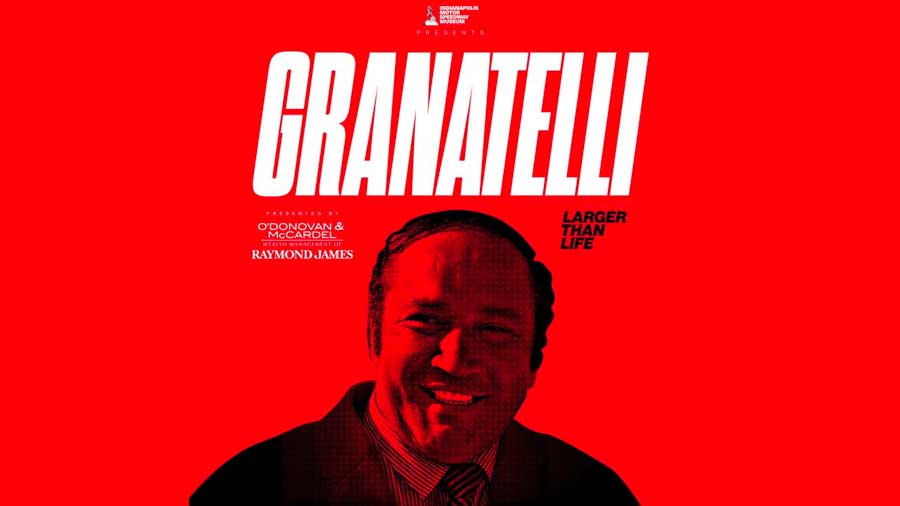 Celebrating the legacy of racing’s most colorful promoter!

“Granatelli: Larger Than Life presented by O’Donovan & McCardel Wealth Management of Raymond James” will chronicle the life and legacy of Granatelli, the marketing wizard who turned an oil additive – STP Oil Treatment – into a household name, and won the Indianapolis 500 as a car owner through sheer will, persistence and a work ethic engrained from childhood.

The Granatelli brothers were a true rags-to-riches, “American dream” story. Andy, his older brother, Joe, and younger sibling, Vince, grew up in a tough Chicago neighborhood, yet the trio were automotive entrepreneurs before their teenage years, providing service on cold winter days.

The brothers soon would promote races at Chicago’s Soldier Field, barnstorm across the Midwest fair circuit with an auto thrill show, and eventually build the family business, Grancor, into a multimillion-dollar powerhouse.

Through much of the 1960s and ‘70s, Andy Granatelli used the Indianapolis 500 to increase the popularity of STP by displaying the logo prominently on everything from team uniforms to billboards, and by handing out free STP decals by the thousands. His tireless promotion, including running elbows with A-list celebrities, also elevated the race’s popularity. One classic example was when Granatelli invited late-night talk show legend Johnny Carson to drive the STP Paxton Turbine at IMS in Fall 1967.

After years of heartbreaking near-victories, Granatelli finally achieved victory at the “500” in 1969 with driver Mario Andretti, and the ebullient Granatelli created one of the race’s most endearing moments by planting a massive kiss on Andretti’s cheek in Victory Circle.

“Granatelli: Larger Than Life presented by O’Donovan & McCardel Wealth Management of Raymond James” will occupy the IMS Museum’s North Hall and Gallery. It will accompany the museum’s popular exhibit, “From the Vault presented by Bank of America.