I am not a native Hoosier, far from it. Although with a name like Hoops in this basketball-crazy state, I guess it’s not a surprise that I would one day call Indy home.

And Indy has been home for more than a decade now. During that time, one of the places in our city that I’ve seen bloom is the International Marketplace in the Lafayette Square area around 38th Street. This is a community where more than 100 languages are spoken and every kind of global cuisine can be found.

And on October 1, 2021, the neighborhood officially opened Indy’s Global Village Welcome Center, a vision of the IMC’s passionate Executive Director, Mary Clark. Mayor Hogsett and Council President Osili both spoke at the ribbon-cutting and their pride in this beacon of diversity and inclusion was palpable. 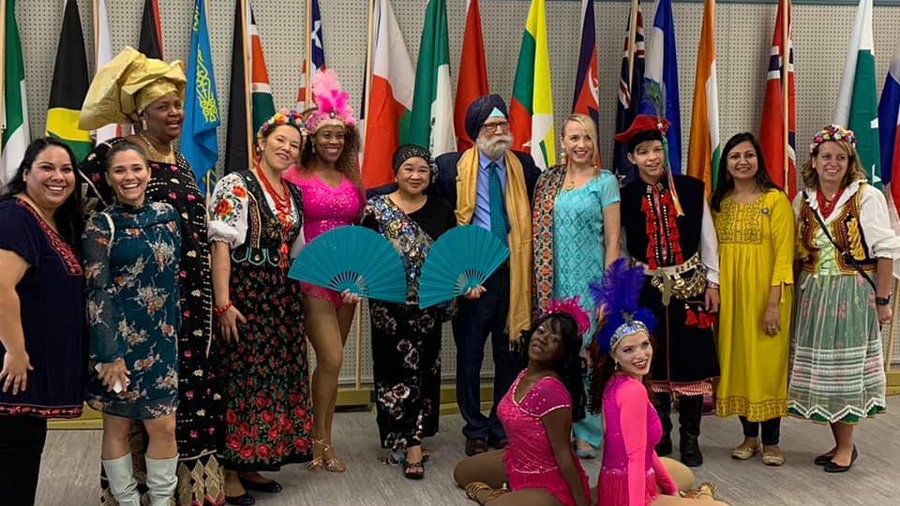 I felt a similar pride knowing I am living in a place that celebrates our unique differences and appreciates how those differences make for a richer quality of life for all of us.

To better understand my pride for Indy, it helps to know a little about my own journey here. That story starts in 1965 on the little West Indies island of Trinidad, just off the coast of Venezuela in the Caribbean Sea.

I was lucky enough to be born an American citizen because my dad – also named Leonard, I am a Leonard junior – was an American.

In fact, some might say my dad was extremely American. The Hoops family came to America from Yorkshire, England, in 1683 on the last of William Penn’s colonization ships. Like others on those ships, they were Quakers who settled in what is now known as Bucks County, Pennsylvania.

I’ve taken two DNA tests, one from Ancestry and the other from 23andMe, and sure enough they both say that 50 percent of my DNA is a mix of English, Scottish, and Irish descent.

My dad had served as a petty officer in the U.S. Navy and upon his honorable discharge, he landed a job with RCA Corporation, in of all places, Port of Spain, Trinidad.

Quick side note – RCA Corporation was one of Indy’s biggest employers for nearly half a century going back to the 1950s. In fact, they had a 52-acre site here that employed more than 8,000 people during their heyday, and before Lucas Oil Stadium, the Colts played at the RCA Dome. But I digress.

Back to Trinidad, where my American dad would meet my Trinidadian mother, Monica Glenda Coomansingh. Mom is of East Indian descent, with her family arriving from the Kashmir region of India sometime in the late 1800s (our best guess) to work as indentured servants on sugar cane plantations.

And because American boy met island girl, here I am. By the way, those same DNA tests confirm that I am also 50 percent Indian, mostly northern. So at this point I’m pretty sure that my parents are indeed my parents.

Fast forward to 1970, and my dad decided it was time to move back to the States, where we landed in the Ft. Worth, Texas, area, the place where he had grown up. Four years later, dad took a job near Santa Barbara, California, and I spent the next 37 years going to school, getting jobs, getting married, and raising a son in the Golden State.

My last job there was at San Francisco Travel, which is the Visit Indy of the City by the Bay. And one day, in December 2010, an executive recruiter called and told me, “the CEO job at Visit Indy is open and I think you’d be a perfect fit.”

Dorene is a first-generation American, raised by a single mom from Mexico. And she wanted to know what her life, and the life of our English-Scottish-Irish-Indian-Mexican-American son, would be like.

I told her that the folks in Indiana were so friendly that there was a name for it – Hoosier Hospitality.

And we quickly found out that Hoosier Hospitality was a real thing. People held doors open for each other, they smiled and said hello when they passed by on a sidewalk. Honestly, it was a little weird at first. But we got used to it.

Now that doesn’t mean everything has been perfect. In fact, back in 2015 our state legislature passed something called the Religious Freedom Restoration Act, better known as “RFRA.”

The authors of RFRA said they had no ill intent but the reality of the legislation’s language was that it very likely could legalize some forms of discrimination, particularly against the LGBTQ community.

But you know what happened? The vast majority of Hoosiers didn’t want that bill to become law. And they pushed back. In fact, Visit Indy and other organizations rolled out a powerful message that was adopted far and wide in our great state – that Indy Welcomes All.

It doesn’t matter your gender identity or sexual orientation, your ethnicity, or culture, or birthplace. What does matter is that you contribute to the fabric of our society, with the diverse qualities and experiences that you bring to the table. And that you pay that welcoming attitude forward to those who come after you.

Speaking of which, after moving to Indy our family of three became a family of four when our daughter, Avalon, was born at Community Hospital North.

Avalon, who is now 9, will tell you that she’s the only true Hoosier in the family because she was born here. But she’s young and still has a lot to learn. I remind her that being a Hoosier isn’t about where you were born, but how you treat people. Because in Indy, We Welcome All.

And now, with the opening of the Global Village Welcome Center, we have a new front door to do so. 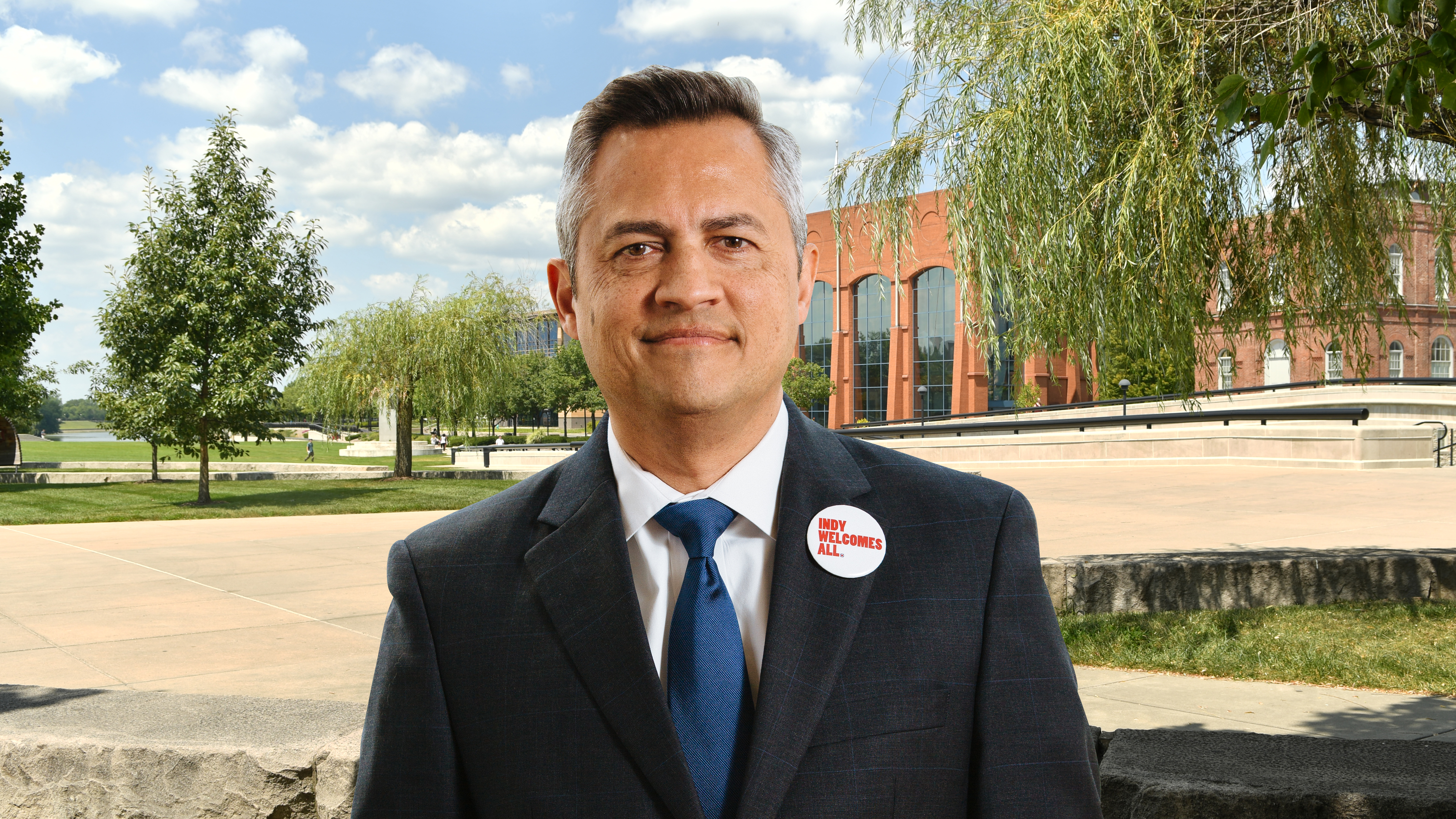