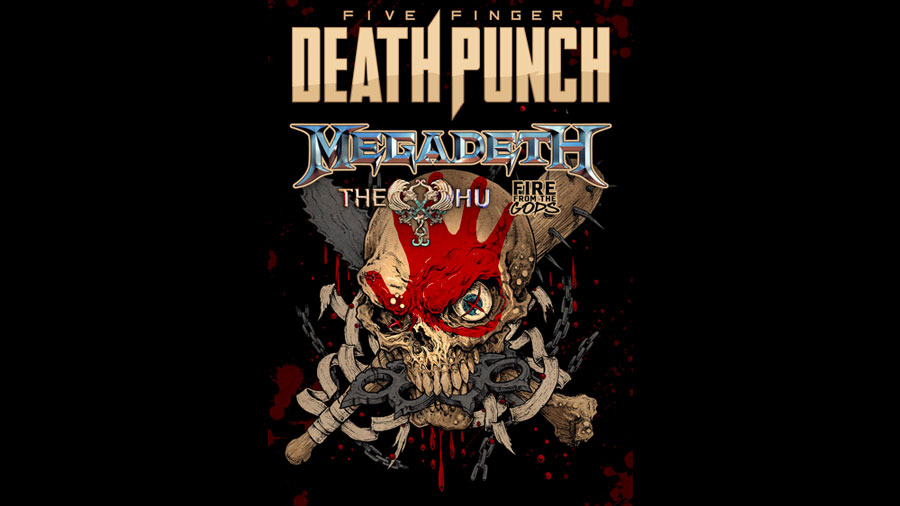 The track’s release coincides with the band’s announcement today of their upcoming 2022 North American headlining tour presented by Live Nation. The band will be joined on tour by rock icons Megadeth, with additional support from The HU, and Fire From The Gods, promising an intense multi-faceted night of heavy rock music.

Coinciding with today’s announcement, 5FDP is also launching the official Five Finger Death Punch Fan Club. Fans joining will have exclusive first access to presale tickets before anyone else starting today at 10am local time. The Fan Club is available as a stand-alone app in the Apple, Android and Google Play app stores and is both a community for the most diehard fans, as well as the official one-stop shop for the latest 5FDP news. Premium Members of the Fan Club will receive numerous additional perks throughout the year.