You Are There 1920 - Celebrate Indianapolis 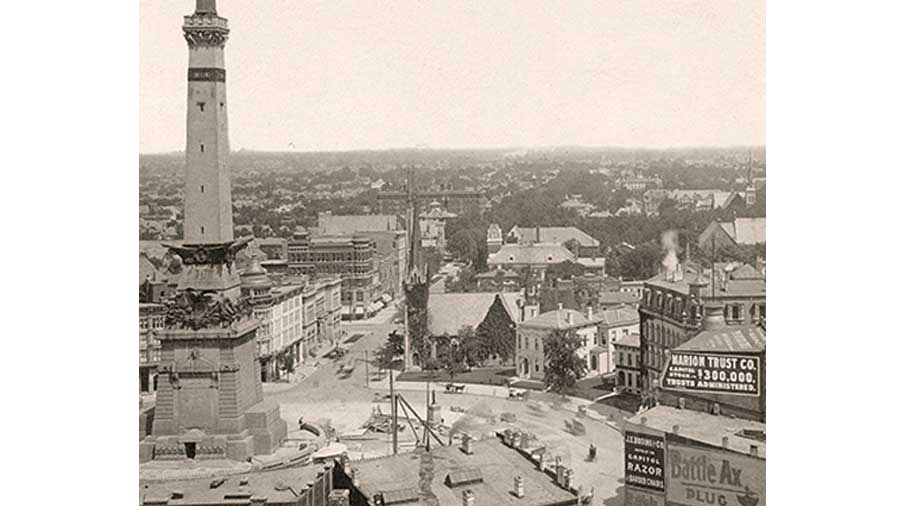 You Are There 1920: Celebrate Indianapolis! allows guests to step back in time to a re-created scene where costumed museum theater actors will portray characters who worked on the city’s centennial pageant, planning outfits for 2,000 performers. Mrs. Alfred Potts and members of the Handcraft Guild are finalizing costumes as the pageant opening looms just days away.

In addition to the museum exhibit, the Indiana Historical Society has launched an augmented reality mobile app to help Hoosiers and history buffs celebrate the city’s bicentennial.

The app, “Celebrate Indianapolis,” transports users back in time. After downloading it, they can choose to visit 10 Indianapolis residents who left an indelible mark on the city, including Major Taylor, Eli Lilly and Madam C.J. Walker, to name a few. GPS technology then leads users to sites relevant to the historical figures, where IHS Museum Theater actors digitally appear to bring them to life.

IHS will add more notable figures and information to the app, which is now available through the App Store and Google Play. Simply search for “Celebrate Indianapolis.

Outside of the You Are There exhibit, visitors will be able to explore a vibrant collection of images and objects that span the full history of Indianapolis, from a ledger that belonged to one of the area’s first white residents to a poem written during the COVID-19 pandemic. The items included represent a cross-section of the vast materials contained in the archives of the Indiana Historical Society and offer opportunities to see some of the unique historical documentation that has been acquired over the last two years as part of the IHS’s Indianapolis Bicentennial Collecting Initiative.

A central focus of the exhibition is an examination of how the built environment of the city hides in plain sight the consequences of past decisions and policies. To that end, the center of the room will contain an animated floor map that will show how Indianapolis grew and changed over its 200-year history. Surrounding the map will be touch screen kiosks where visitors can explore images of Indianapolis history divided and organized by geographic region. Handson activities, like a visitor response station and a train table based on Indianapolis at the turn of the 20th century provide opportunities for deeper engagement. The full experience will give visitors a glimpse into the long and complex history of a city and its people.