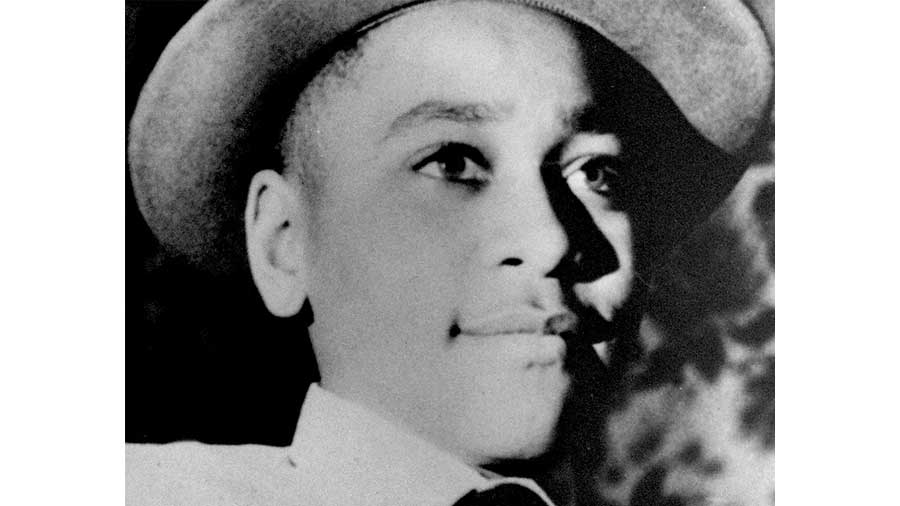 The Children’s Museum in collaboration with The Emmett Till & Mamie Till-Mobley Institute, the Emmett Till Interpretive Center, and the Till family is creating a national touring exhibit to share the story of Emmett Till, a Black 14-year-old from Chicago who was brutally murdered while visiting his uncle’s home in Mississippi in 1955. The exhibit will focus on five key stories:

Emmett Till, a Black 14-year-old from Chicago, was visiting family in Mississippi when he was kidnapped from his great-uncle’s home and savagely beaten and murdered by a group of white men on August 28, 1955. His body was found three days later in the Tallahatchie River. His torture and murder were retaliation for whistling at a white woman in a grocery store. Two white men accused of brutally murdering Emmett were acquitted by an all-white jury in 67 minutes. For Emmett’s funeral, his mother, Mamie Till-Mobley, insisted that the coffin containing his body be left open. Over 100,000 people viewed his body over three days serving as a catalyst to the Civil Rights Movement.

After its debut at The Children’s Museum, the exhibit will travel across the country, including to Birmingham Civil Rights Institute in Alabama, Martin Luther King, Jr. Memorial Library in Washington, DC, Two Mississippi Museums in Mississippi, DuSable Museum of African American History in Illinois, and the Atlanta History Center in Georgia.

Recommended for ages 10 and up.