deadmau5 - We Are Friends Tour with NERO 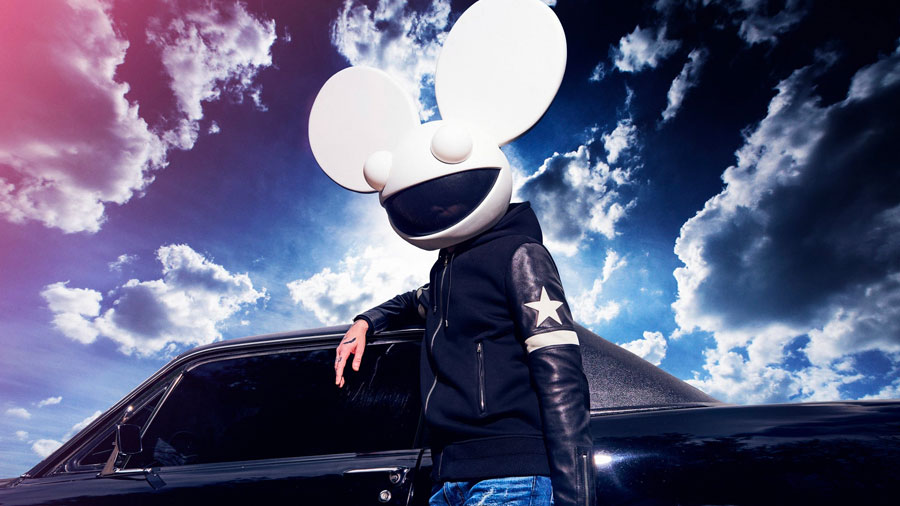 We Are Friends (WAF) has been a music compilation series with the clear idea of giving airtime to fresh, newly discovered talent from deadmau5’ mau5trap label. With its 11th edition due to arrive later this year and new singles to drop from the label’s key and rising players before then, the mau5trap family is celebrating the milestone with its first-ever branded tour: deadmau5 presents We Are Friends. Headlined by deadmau5, NERO (DJ set) will support on all shows with Kasablanca, Lamorn and more friends Bensley, BlackGummy, EDDIE, HNTR, LUPA, Morgin Madison and No Mana on select dates.

For the tour, deadmau5—who is always active in the metaverse—is offering on April 26 ‘Market Lunchin,’ a new NFT drop with MakersPlace, the premier marketplace for rare and authentic digital artworks. The ‘1 of 1’ piece is part of a series of seven 1 of 1’s, with each owner receiving guestlist access to every single show on the tour. View the full collection here. deadmau5 is also putting aside a limited number of guestlist spots for each show to offer holders of his head5 collection. All attendees at each show will be gifted an NFT badge commemorating the tour. Look for unique opportunities throughout the tour for deadmau5 NFT holders including metaverse afterparties, unlocked new music and more.

Joel Zimmerman, more commonly known as deadmau5 (pronounced 'dead mouse'), is one of the world's most respected electronic music producers of modern times. Enjoying international chart success with his 2x platinum-certified single "Ghosts 'n' Stuff," as well as "Professional Griefers," "Sofi Needs A Ladder" and "I Remember," he has also released seven critically acclaimed albums. The multiple JUNO Award-winning and GRAMMY®-nominated artist's ability to push the boundaries of his talent grows at an equal rate to his fan base, which counts 15 million and more over his combined social media channels. His latest music offerings include “Pomegranate” with The Neptunes, “Bridged By A Lightwave” with Kiesza, “Channel 43” with Wolfgang Gartner, “Hypnocurrency” with REZZ, “When The Summer Dies” with Lights, “Hyperlandia” featuring Foster The People and “this is fine.” with Portugal. The Man. In the live realm, his 2019/20 U.S. cubev3 tour featuring production of his own design and implementation ranked in the Top 10 of Pollstar’s top tours globally. Beyond his music career, he is also a co-founder of gaming venture PIXELYNX and is an executive of HD streaming platform StreamVoodoo.

Over a decade since its formation, mau5trap—the independent label founded by groundbreaking electronic music producer deadmau5—has become a bastion for trailblazing and genre- defying artists. Casting a palpable influence over the genre, Mixmag readers voted mau5trap among the "Top 50 Labels of the Decade," placing it in the Top 10. It has served as an influential platform for dance music heavyweights such as Zedd, Feed Me, REZZ, Moguai, Noisia, Chris Lake, i_o and many more. A combination of electronic music, techno, progressive, electro, and leftfield sounds, the label acts as a hotbed for rising talent such as Lamorn, Kasablanca, Morgin Madison, No Mana, BlackGummy, and more.

NERO are a three-piece band from London, consisting of producers Daniel Stephens, Joseph Ray, and vocalist Alana Watson. Their #1 debut album Welcome Reality went platinum in 2011, alongside winning a Grammy for single “Promises.” Their second studio album Between II Worlds was released in 2015. NERO worked with Baz Luhrmann on the soundtrack for The Great Gatsby, have produced for Muse, have multiple collaborations with Skrillex, and scored the first of its kind - 'A Dubstep Symphony' performed by the BBC Philharmonic Orchestra broadcast live on Radio 1. They broke their silence in December of 2018 with a new single “Lullaby” and are now currently in the studio writing the follow up to it. Longtime friends of the mau5trap family, NERO remixed deadmau5 2x platinum smash “Ghosts N Stuff” and have supported him on various shows including most recently the epic Day of the deadmau5 Miami 2021 line up.

Self-described as an “Audio visual experience," not much is known about Kasablanca other than it’s a moniker of two veteran producers. Their musical identity comes from their use of melodic retro textures combined with the rhythmic fundamentals of house & techno. Blending genres and influences like Rufus De Soul, Eric Prydz & ARTBAT with the attitude of acts like Justice and Kavinsky, their debut EP, “Human Learning,” garnered the support of underground and main stage DJ’s alike. 2020 also saw them collaborating with Lane 8 on their massive success single “Run” garnering over 15 million streams and earning them a coveted #1 airplay spot on SiriusXM’s BPM station. In 2021, Kasablanca gave fans an idea of what to expect during their live performances, debuting their live show setup during a worldwide stream broadcast in partnership with DJ MAG. Later that year, Kasablanca joined up with mau5trap to release their two-track single "Cronus / Volition." The identity of Kasablanca may be hidden, but you can expect their signature sounds to be heard in underground clubs and main stages around the globe.

With a sound defined by both the thrill of the future and potent nostalgia, mau5trap artist Lamorn defies the boundaries of electronic music. At just 19-years-old, Lamorn’s musical prowess knows no limits — he’s a bright-eyed multi-instrumentalist with the world at his fingertips. Those who seek warmth and exhilaration will find a home within Lamorn’s blossoming catalog, a collection of songs marked by radiant melodies and innovative electronic elements. Once Lamorn kicked off his artist project in 2019, his captivating, contemporary sound made its way into the hearts of some of the most notable artists in dance music: Lamorn developed a friendship with deadmau5 thanks to tuning into his mau5trap Monday’s live stream and submitting a demo for review. After exchanging music with one another for a couple of weeks, Lamorn submitted a production that moved deadmau5 so much that he decided to sign Lamorn on the spot — this event sparked a professional relationship between the two, resulting in Lamorn’s new home with mau5trap. What’s more, just before becoming involved with deadmau5 and his imprint, Lamorn submitted a remix for ATTLAS’ remix competition for his single “Half Light” featuring Alisa Xayalith — Lamorn won, which landed him a spot on the official remix EP for the single in 2020. To round out the year, Lamorn released an official remix of deadmau5 and Kiesza’s hit single “Bridged By A Lightwave.” In 2021 he released his debut EP Encore to high critical acclaim, followed by a remix of deadmau5 & Foster The People’s “Hyperlandia.”