When it comes to the city of Indianapolis, hosting sporting events isn’t new territory. Host city of the 2012 Super Bowl, NFL combine, and Big Ten Championship, Indy and its Hoosier Hospitality has welcomed these events, athletes, and attendees with open arms. So the Circle City has no problem heading into 2022 as the host city for the biggest weekend in college football, the 2022 College Football Playoff National Championship.

Lucas Oil Stadium has consistently been ranked one of the best stadiums in the country - the perfect stage for the best teams in college football to faceoff. Hosting this thrilling event in sports is a huge win for the city of Indianapolis, as this marks a few “firsts” for the city, that makes this experience so much more exciting.

Indy is also the only city to host that doesn’t host a bowl game. That makes Indianapolis the perfect city to prove that it can be done, engaging fans in new and exciting ways.

This fall, Indy broke the mold by hosting a Tailgate Tour. The CFP Indianapolis Host Committee visited 18 high schools across the state, getting them excited for the big game during their own home football games. In addition, grants were awarded to each school participating to better students, teachers, and the community, a legacy of the College Football Playoff Foundation, Extra Yard for Teachers.

First City to Fest with Food

Tailgate Tastes will be making its way across college campuses leading up to the CFP National Championship. Various chefs from local restaurants are asked to curate new dishes inspired by the ESPN College GameDay location, making this event flavorful and exciting for everyone.

Indianapolis is setting the stage for the big game through these innovative and interactive events. With the College Football Playoff National Championship right around the corner, Hoosier Hospitality is in full swing, making Indy the place to be heading into January. 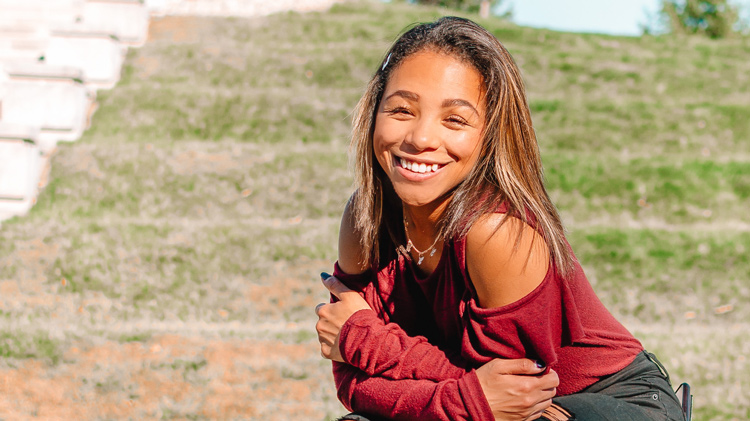 Bri Hall is a senior at IUPUI majoring in communication studies and is currently the Communications Intern with Visit Indy. She loves Indy for its diverse culture and local sports teams. In her free time, you can find her exploring the various shops and restaurants on Mass Ave. or attending an action-packed Colts game.
Featured Sponsor