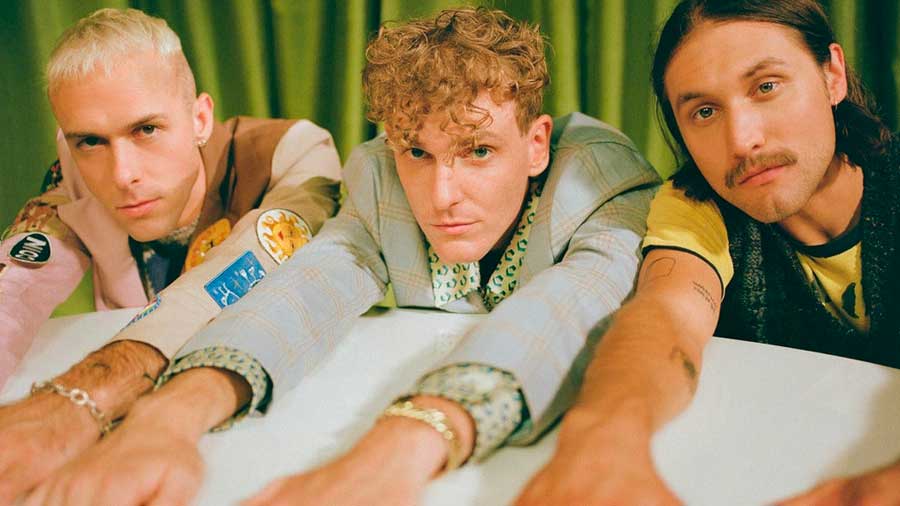 The Nashville-based trio will also be joining 5 Seconds of Summer’s Arena Tour in the UK this April, followed by a slew of festival performances including Bonnaroo, Governor’s Ball, Forecastle and Shaky Knees, with more to be announced.

The album will also feature recently released “I Think I Met You In A Dream,” “Cutie” and focus track “Chapstick,” which has amassed over 12 million streams, is currently #1 at AAA and Top 15 Alternative Radio, and has now been #1 on SiriusXM’s Alt Nation Alt18 Countdown for 6 weeks. Garnering praise across the board, the songs have been hailed by the likes of Billboard, Consequence of Sound who called “Chapstick,” “the kind of pop at which COIN excels,” and People who touted the band among “The Talented Emerging Artists Making Their Mark on the Musical Landscape in 2021.”

COIN present a new picture for alternative pop. The Nashville triumvirate have impressively generated over 1 billion streams and earned a gold certification for their 2017 breakthrough anthem “Talk Too Much.” In between releasing albums such as COIN [2015], How Will You Know If You Never Try [2017], and Dreamland [2020], they’ve toured alongside everyone from The 1975 to Young The Giant and earned widespread acclaim from Entertainment Weekly, Teen Vogue, Billboard and many more.

Signing to 10K Projects/Homemade Projects last fall, the trio kicked off their next chapter with their balmy bop “Chapstick.” Amassing over 12 million streams and continuing to rise up the charts at both AAA and Alternative Radio, the single was followed by a sold-out 26-city headlining North American tour. Diving into 2022, COINannounced that they will be joining 5 Seconds of Summer on their UK Arena Tour this spring, as well as a slew of festival performances including Bonnaroo, Governor’s Ball, Forecastle and Shaky Knees, with more to be announced. Now, the alt-pop trio now prepares for the release of their upcoming album, Uncanny Valley, out March 25th.