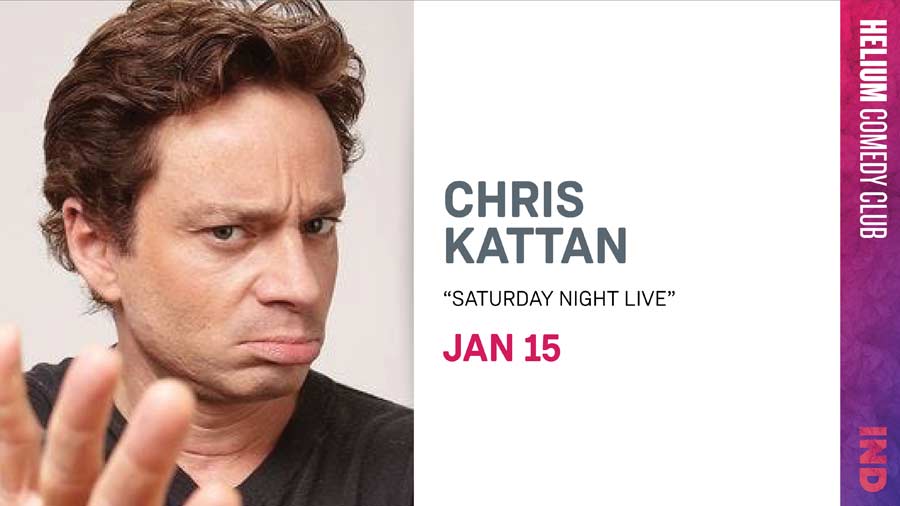 Chris Kattan is best known as one of the longest serving cast members on NBC’s "Saturday Night Live." In the 8 years Chris starred in the landmark late-night program, he became best known for his characters "Mango," "Mr Peepers," and one of the "Butabi Brothers" opposite Will Ferrell, which was such a hit that the sketch was adapted into the 1998 cult classic "Night at the Roxbury." Kattan went on to star in "Corky Romano," where he plays the black sheep son in a family of mobsters and played the villain in the Malcolm D. Lee film "Undercover Brother" opposite Eddie Griffin.

Kattan starred as a series regular in the ABC hit series "The Middle" and recently had some memorable appearances in the Adam Sandler films "Hotel Transylvania" and "The Ridiculous 6."

Kattan trained at Los Angeles’ The Groundlings Theater and is one of its most famous alumni. He currently tours the country with his extremely popular stand-up act.

Tickets: $22-$30. This show is 18+. All parties must have valid ID to enter the building. Please note, there is a 2 item minimum in the showroom. Tickets will be available for pick up at the box office prior to the show (they are generally available 1.5-2 hrs prior to showtime.)