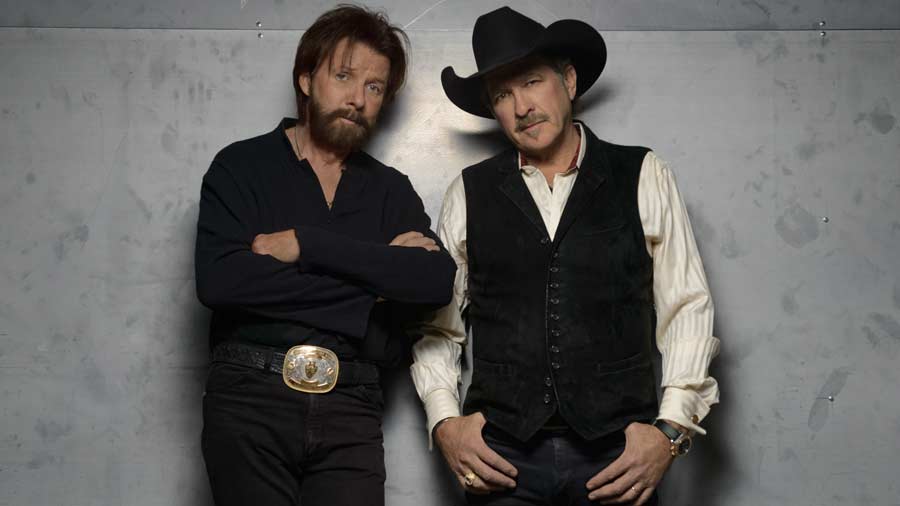 Brooks & Dunn at #RuoffMusicCenter on Saturday, May 16 has been rescheduled to Friday, October 2. Your ticket will be honored for the rescheduled date. For any further ticket inquiries please reach out to point of purchase.

GRAMMY-Nominated duo Brooks & Dunn will hit the road this summer for their first nationwide tour in ten years. The Brooks & Dunn REBOOT 2020 Tour will see the four-time “Entertainer Of The Year” winners bring their infamous "revved-up, theatrical” (NPR) show to audiences they haven’t played for in a decade, alongside special guests Travis Tritt and Tucker Beathard.

The 2019 No. 1 chart entry of their REBOOT album has served as a springboard for the most successful duo in history to pick up right where they left off in 2010.

“So much for 'we quit,' huh?” quipped Ronnie Dunn. "That horse that we were afraid of riding into the ground apparently didn't share our sentiment…he gotta fire in his belly raring to go another round or two. I like the ring of it...'Brooks & Dunn ride again!’”

“The memories of playing live are what have kept the fire burning for us,” shared Kix Brooks. “Performers who have had the kind of nights like we’ve had with our fans, can never really let that go. Live is where we’re most at home, and it's gonna feel good to be back in the saddle, let’s rodeo! We’ll see y'all out there on the trail."

With 40 Top 10 songs, and 20 plus No. One hits stretching back to 1991, two GRAMMY awards, dozens of ACM and CMA honors and a discography counting more album sales than any duo in history – regardless of genre - New York Times heralded that Brooks & Dunn "helped drive the power-country era of the early-to-mid 1990s and continued to benefit from the sea change in the genre they helped initiate right through their most recent albums.” Their original “Merle Haggard meets The Rolling Stones” vibe made them progressive stars in their own right. The duo’s critically-acclaimed collaboration project REBOOT debuted at No. One on Billboard’s Top Country Albums last year. The impressive feat marks the first time the duo has topped the album charts since 2009 while simultaneously earning the duo their 10th Billboard 200 Top 10 album, the most of any country duo or group in the chart’s history. The duo are currently nominated for a GRAMMY for “Best Country Duo/ Group Performance” for their collaboration with Luke Combs on “Brand New Man” on the album. The duo was also just inducted into the Country Music Hall of Fame in the “Modern Era Artist” category. A Country Music Hall of Fame exhibit on Brooks & Dunn also opened last fall and will run through July 19, 2020.