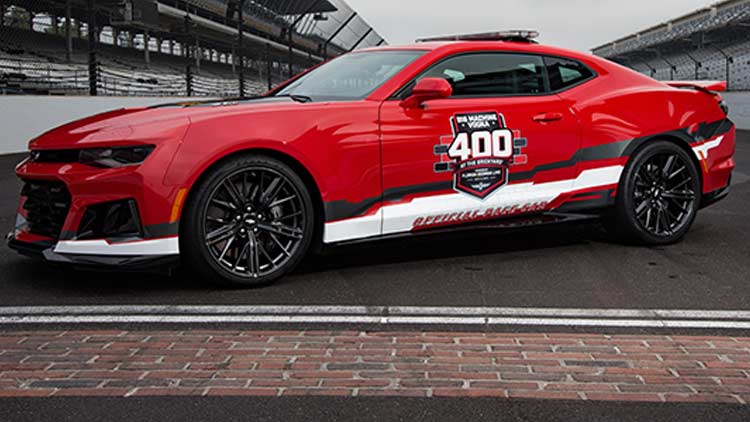 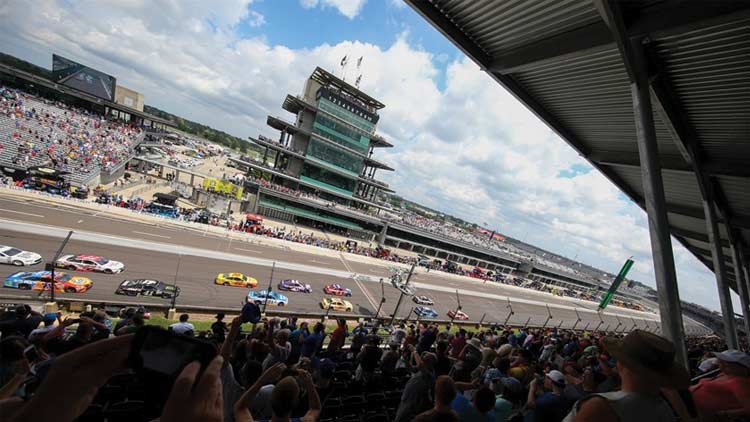 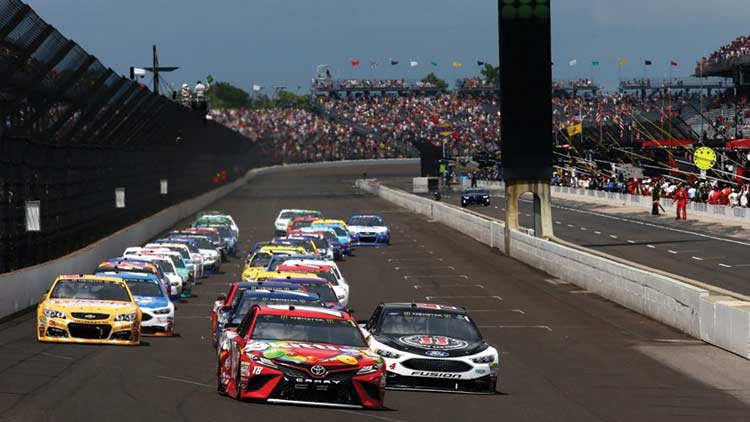 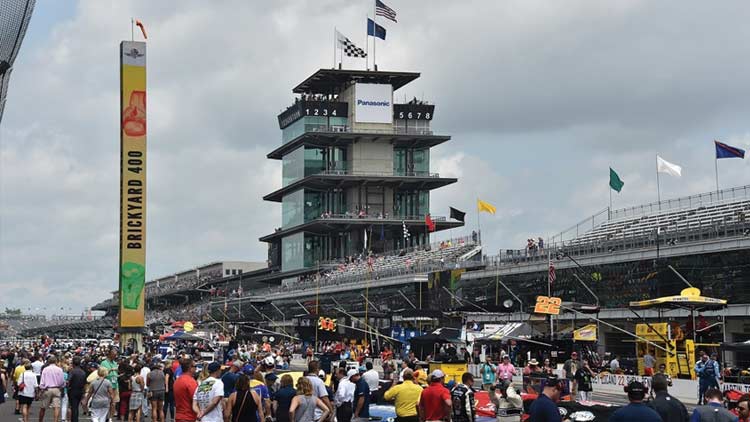 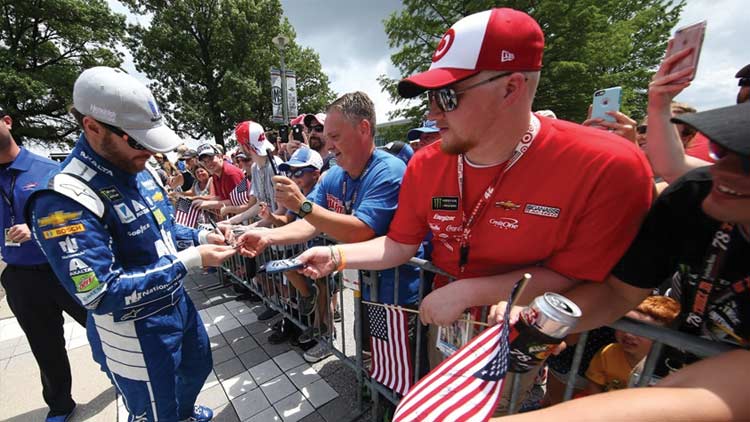 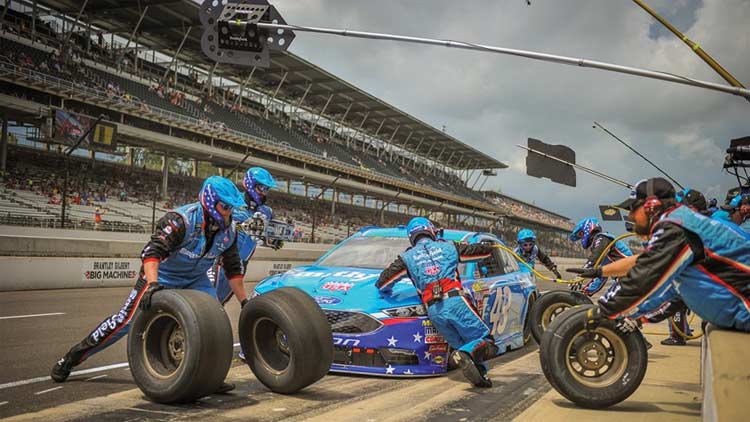 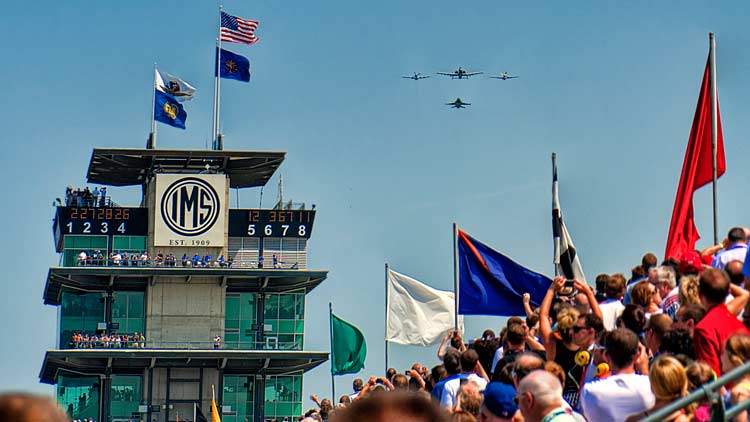 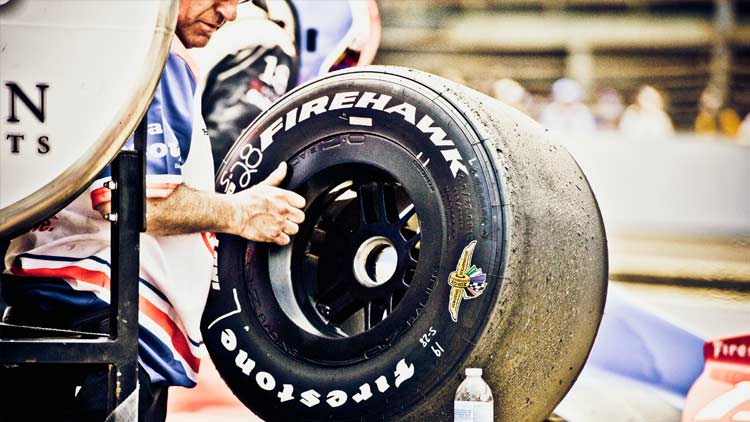 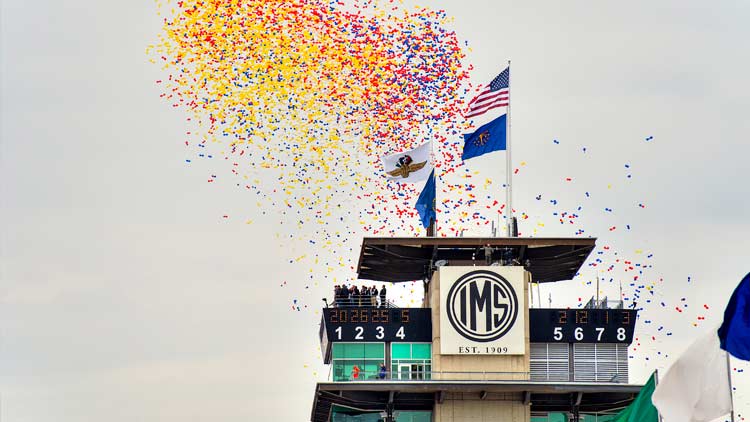 This race will be run without spectators.

Ready, set, Let's Brickyard! The 27th edition of the historic race sets the stage for the playoffs and serves as the crowning event for NASCAR’s regular season championship.

Racing fans are encouraged to show their passion for the NASCAR and INDYCAR tripleheader July 3-5 at the Indianapolis Motor Speedway by watching all three races live on NBC in their homes or neighborhoods, the cornerstone of the #BackyardBrickyard campaign leading into the historic race weekend.

The upcoming Fourth of July race weekend at the Indianapolis Motor Speedway will run without spectators due to the COVID-19 pandemic, IMS officials announced June 4 following extensive consultation with local and state officials. The event weekend consists of the GMR Grand Prix for the NTT INDYCAR SERIES and the Pennzoil 150 for the NASCAR Xfinity Series on Saturday, July 4 ,on the 14-turn, 2.439-mile road course, and the Big Machine Hand Sanitizer 400 Powered by Big Machine Records for the NASCAR Cup Series on Sunday, July 5 on the 2.5-mile oval.

#BackyardBrickyard will capture the festive spirit of the race weekend through a variety of fun activities that fans can enjoy at their homes around the world and also with merchants in the vicinity of IMS, all following local social distancing and public health guidelines.

"We're all disappointed that we can't welcome the world's greatest fans to IMS for the historic NASCAR-INDYCAR tripleheader weekend," IMS President J. Douglas Boles said. "But we are excited that NBC will bring all three races to our fans during the weekend so that we can all watch and celebrate the return of racing to IMS through #BackyardBrickyard."

Fans are encouraged to watch all three races live on NBC, whether from their homes, backyards or a local establishment showing the race. The GMR Grand Prix telecast starts at noon (ET) Saturday, July 4, followed at 3 pm with the Pennzoil 150. The Big Machine Hand Sanitizer 400 Powered by Big Machine Records will be televised at 4 pm Sunday, July 5.

To get pumped up for the #BackyardBrickyard weekend, fans can visit ims.com/backyardbrickyard for more information. Future features at the site will include special barbecue and cookout/picnic recipes from drivers and a free digital download of the Official Event Program for the weekend that normally is sold at the track, providing fans with information on the drivers, statistics, feature stories and vivid photos.

The site also will include links to the 1990s, 2000s and 2010s section of the popular IMS Digital Archive. The inaugural Brickyard 400 took place in August 1994 at IMS, with the first Xfinity Series race in 2012 at the Speedway, followed in 2014 with the inaugural GMR Grand Prix.

Residents of Central Indiana also are encouraged to safely visit merchants and restaurants in their neighborhoods to watch the races on NBC. In downtown Speedway, less than one-half mile from IMS in the Speedway's backyard, merchants and restaurants will feature racing-themed cocktail contests, a bike parade for kids, dinner and drink specials at selected establishments and more.

IMS remains committed to admitting spectators for the 104th Indianapolis 500 presented by Gainbridge on Sunday, August 23.