The Indianapolis Zoo has a new magnificent exhibit that fills their sky with brightly colored macaws as they fly from destination to destination. More than 50 macaws in all will make multiple, scheduled flights each day from aviaries located throughout the Zoo, including a new exhibit in Forests. Guests gather at The Perch, located in the new Bicentennial Pavilion, for six daily public shows (and occasionally over the zoo sky) of Macnificent Macaws. 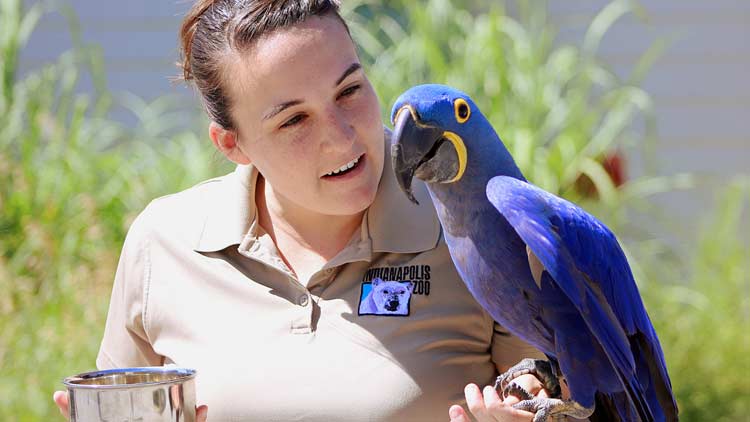 While visiting the Zoo, be sure to keep your eyes and ears open for their colorful feathers and loud squawks.

Out of the 19 species of macaws, seven will be featured at the Zoo. These species include the blue-throated macaw, scarlet macaw, great green macaw, blue-and-gold macaw, military macaw, green-winged macaw and hyacinth macaw. The Zoo Macaws are organized into three flocks, named the Racers, Pacers and Pit Crew. How perfect for Indianapolis. 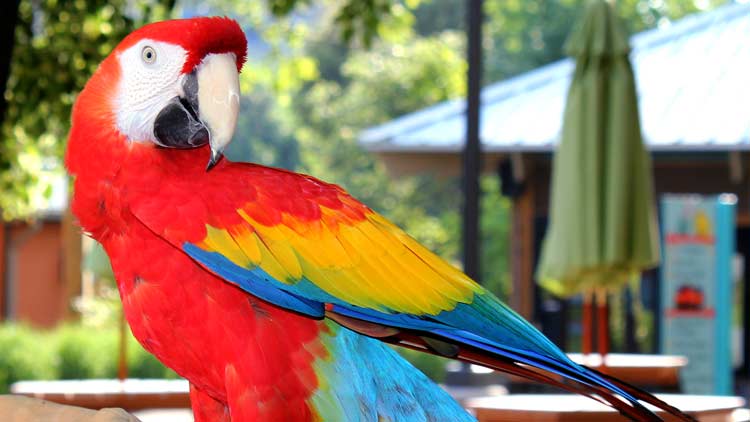 One-third of the world’s native macaws are currently endangered due to international pet trade and forest destruction. This new exhibit will bring awareness to the importance of bird conversation and provide a safe home for the macaws.

Magnificent Macaw presentations are included in regular Zoo admission. It is going to be magnificent! 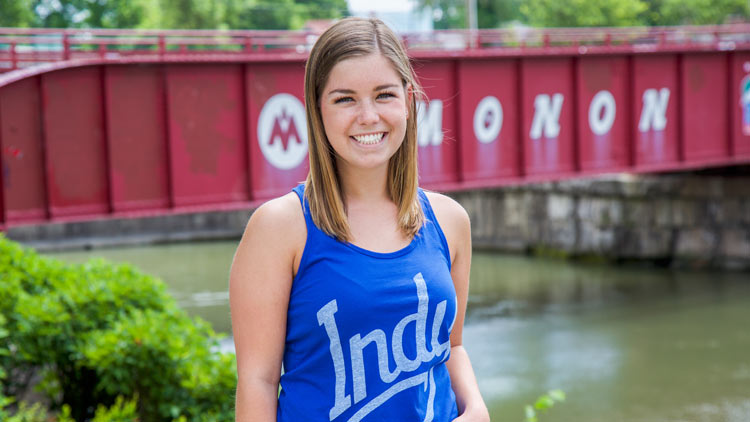 Clare Leonard is the Summer Communications and Marketing Intern for Visit Indy. Clare is a senior at Ball State University studying public relations with a minor in digital media. From attending Colts games to interning with the Indianapolis Motor Speedway for the 100th running of the Indianapolis 500, Clare loves all things Indy.
TAGS:
Attraction, Kids, Zoo
Featured Sponsor 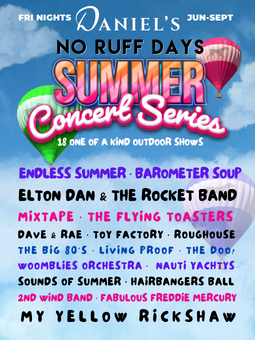 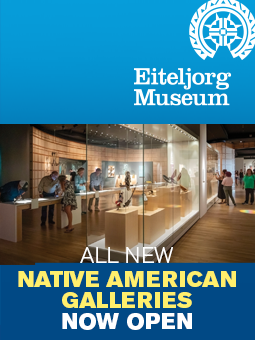