Since her debut in 1959, she’s held more than 200 careers, including WNBA player, video game developer, nurse, veterinarian, firefighter, dentist, astronaut, and – believe it or not – rapper.

Barbie has never let societal norms or anyone’s idea of what women should or should not do stand in her way. That drive and determination are highlighted in The Children’s Museum of Indianapolis’ latest offering, BarbieTM You Can Be AnythingTM: The Experience, opening August 1 and running through next spring. It is the fourth time that the museum has partnered with Mattel on an exhibit and the second Barbie collaboration between the two.

Barbie’s ambition comes naturally – just look at her creator, Ruth Handler, whose story is also featured in the exhibit. Ruth noticed her husband, Elliot, a Mattel cofounder, was focusing primarily on boys’ toys, such as Hot Wheels and Matchbox. Drawing inspiration from their daughter, Barbara, Ruth dreamed up the doll we know today, and introduced it at the New York Toy Fair. 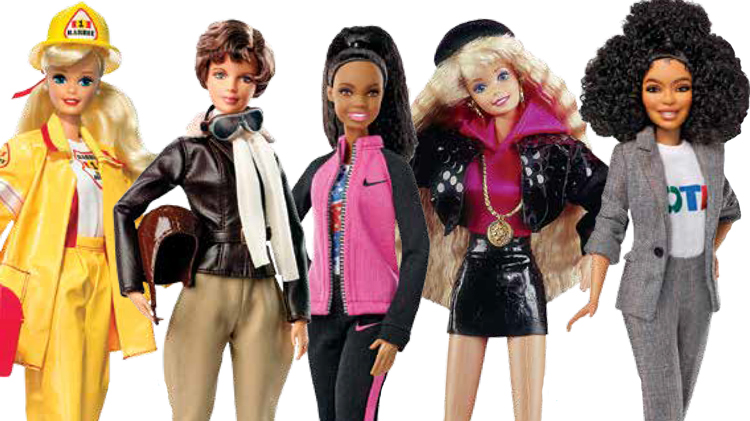 Barbie has held many careers in her 61 years, personifying famed icons such as Gabby Douglas and Amelia Earhart

“She was a major innovative creator and businesswoman at a time when everything was run by men,” says Jennifer Pace Robinson, The Children’s Museum’s vice president of experience development and family learning. Five years ago, Mattel launched the Barbie “Sheroe” line of dolls crafted after real women, past and present, with amazing accomplishments to their name. Women like Ella Fitzgerald, Florence Nightingale, Amelia Earhart, actress Yara Shahidi, NASA mathematician Katherine Johnson, and Olympic gymnasts Gabby Douglas and Laurie Hernandez have all been dubbed a “Sheroe,” and you’ll be able to learn about their many talents and skills.

Elsewhere, immersive play areas will let girls explore “elements of being a superstar,” as Pace Robinson describes it. Adventurers spotlights women who show courage, such as professional surfers and rock climbers. Leaders includes a mock cockpit, where guests can pretend to be a pilot, and a podium, where presidential-minded girls can deliver a campaign speech. In Creators, they can do their best fashion designer and artist, and in Nurturers, they can visit a “farm” and see what it takes to be a large animal veterinarian. 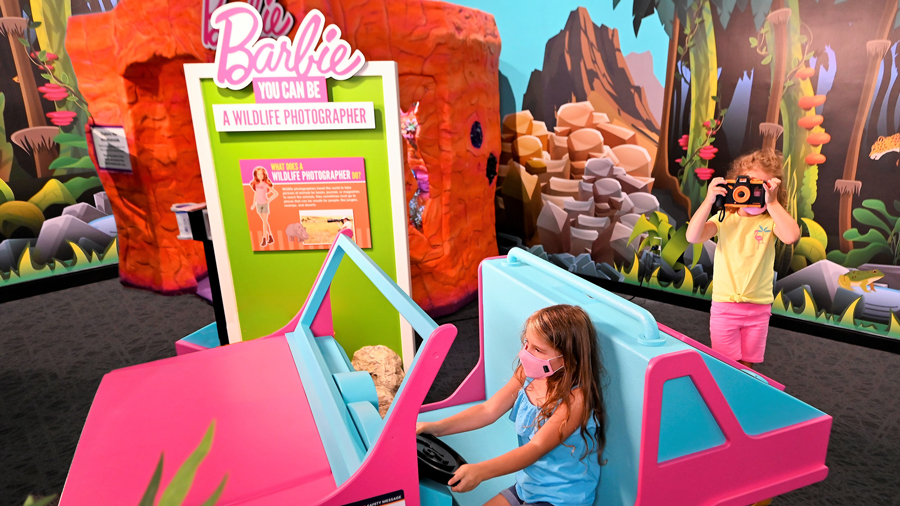 Parents and grandparents can marvel over Barbies from the past, maybe identical to ones they played with, and also pick up tips on how to nurture curiosity. “We’re putting in some tools that will help parents learn how to encourage their children,” Pace Robinson says. “What can I do if my child shows an interest in archaeology? What can I do to foster that interest and really engage with my daughter as she grows? I hope people are blown away and have a great time, but then I hope we’ve given them important things to discuss on the car ride home.”

Now in her 61st year, Barbie appears to have no plans to retire. Which means continuing what’s been perhaps her most important job all along: inspiring girls to aim high. “Our hope is that [the exhibit] really gives more exposure to different careers so that children today realize they have more options,” Pace Robinson says. “At this young age, really, the sky’s the limit.” We know Katherine Johnson would agree.

Learn more about BarbieTM You Can Be AnythingTM: The Experience here, and plan you visit to The Children's Museum today. Masks are required for all guests over the age of two. 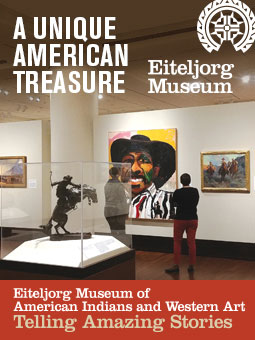 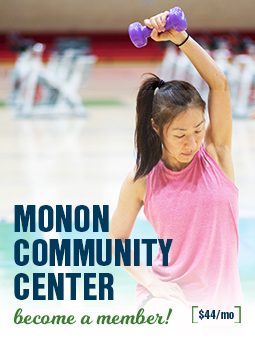 Your Guide to The Gen Con Block Party

Get to Know the Voice Behind Why, Indy? Podcast