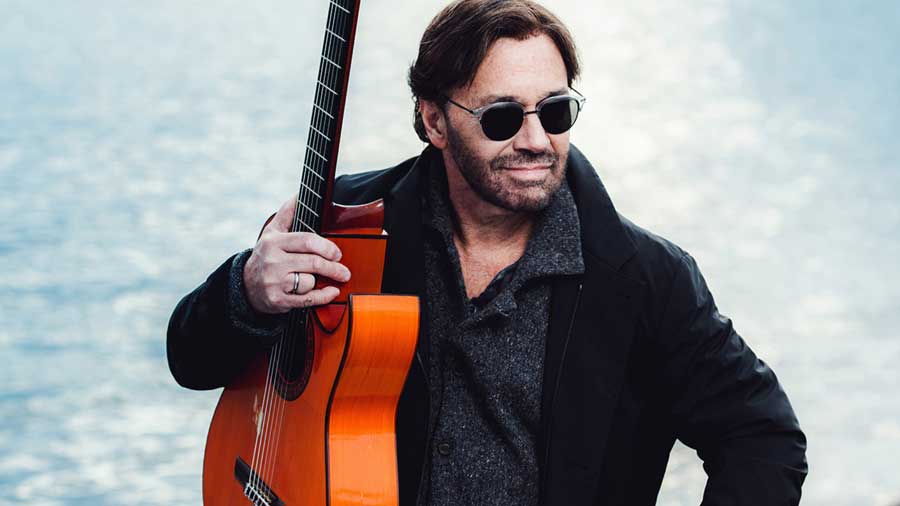 Al Di Meola, a bonafide living Guitar Legend inducted into the Gallery of Greats is among the top guitarists of our time. His ongoing fascination with complex rhythmic syncopation combined with provocative lyrical melodies and sophisticated harmony has been at the heart of his music throughout a celebrated career that has spanned four decades and earned him critical accolades, four gold albums, two platinum albums, more than six million in record sales worldwide, five German gold albums, and various awards including an Honorary Doctorate Degree from Berklee College of Music, the Honorary Miles Davis Award presented by the Montreal Jazz Festival, a BBC Lifetime Achievement Award presented by Sir George Martin in 2008, Hungarian Foundation for Performing Arts Lyra Award, and numerous Grammy nominations and awards. Al is the recipient of the most prestigious guitar awards ever given, a total of 12 awards from Guitar Player Magazine polls and as a result, was inducted into their Gallery of Greats