For residents of Indianapolis, June 25, 1888 was a day (and night) of celebration. In an unexpected turn of events, one of the city’s most respected citizens, Benjamin Harrison, had won his party’s nomination for President. The news flashed across the city, excited voices swelled, and a spontaneous celebratory parade took to the streets. What a night.

To celebrate this bicentennial moment in Indianapolis’ history, the Benjamin Harrison Presidential Site created a new exhibit, The Night Indianapolis Roared. Located on the third floor of the home, the exhibit showcases intertwining timelines and lives, and includes memorable items from Harrison’s nomination and campaign. Harrison went on to win the presidential election in 1888, becoming Indiana’s first Hoosier president. 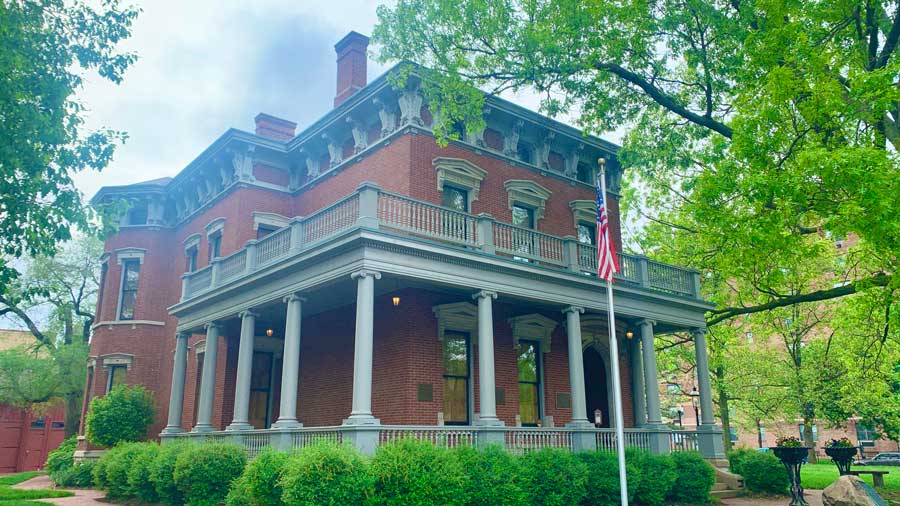 The exhibit uses both primary resources and personal accounts and includes lots of photographs. One of the photographs documents the October 27, 1908 unveiling of the Benjamin Harrison statue at University Park. Harrison had died seven years earlier.

“One of the really cool things we have in our collection is a panoramic photograph of the unveiling,” said Jennifer Capps, VP of curatorship and exhibition at the Benjamin Harrison Presidential Site. “Panoramic photographs were popular then, during the late Victorian years. This one shows a crowd of people on New York Street, with people standing on the window ledges of nearby buildings—not something you could do now!” Even more impressive is the photograph’s size; it’s 10 inches high and more than five feet long.

To see The Night Indianapolis Roared, you’ll need to sign up for a tour of the Benjamin Harrison Presidential Site. Since the tour is limited to six people, reservations are a must. A smaller group size makes social distancing possible inside the home, where masks are required, and hand sanitizer is provided.

The Night Indianapolis Roared will run for nine months. 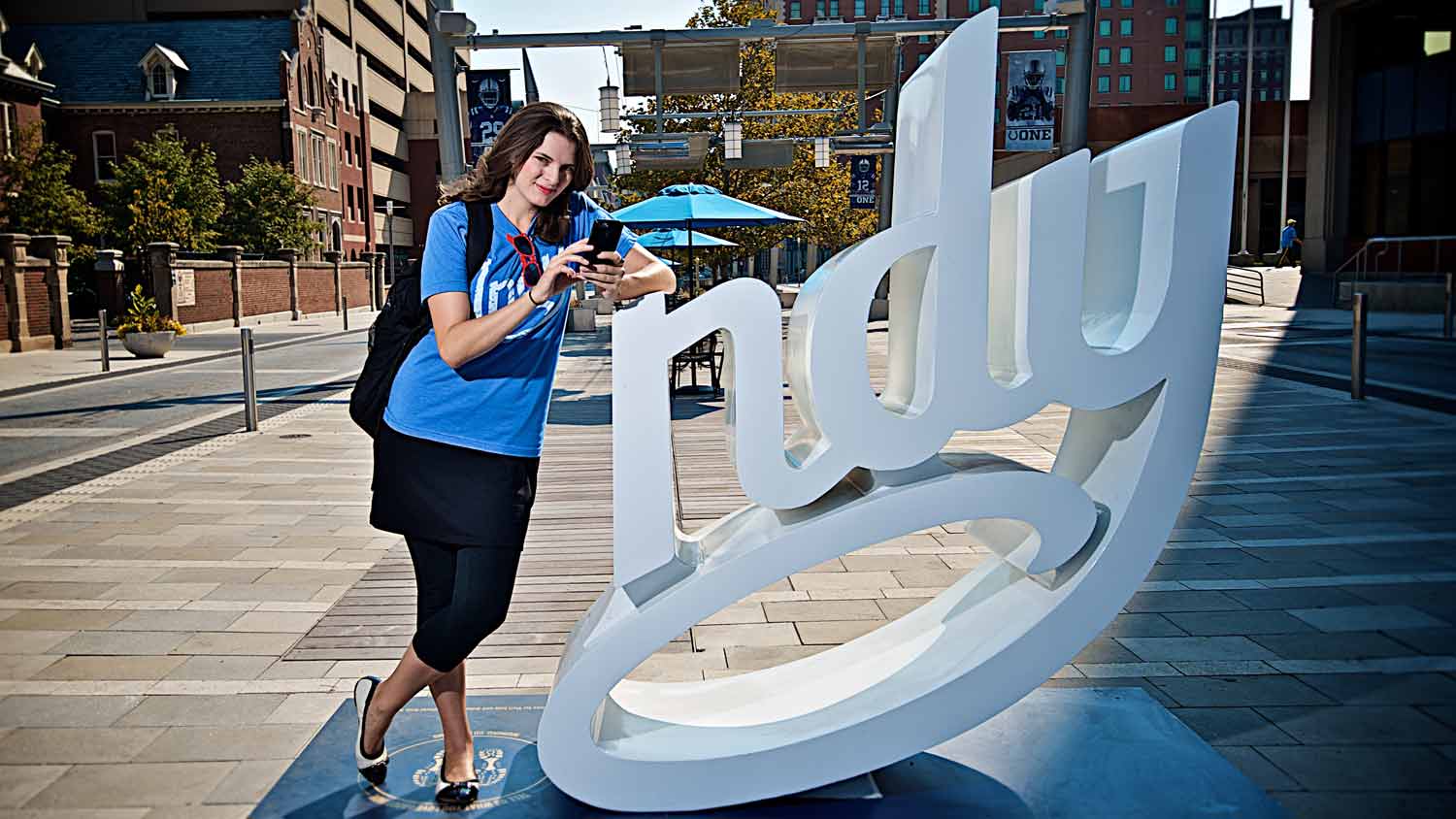