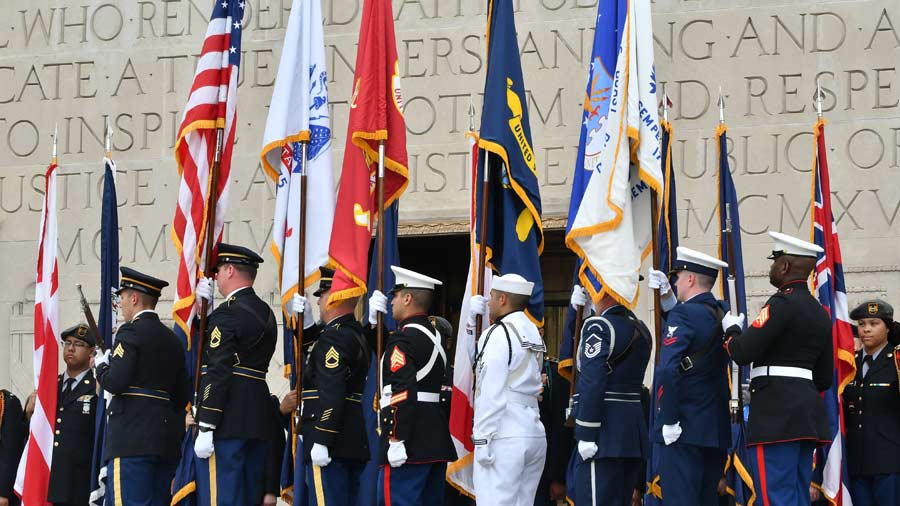 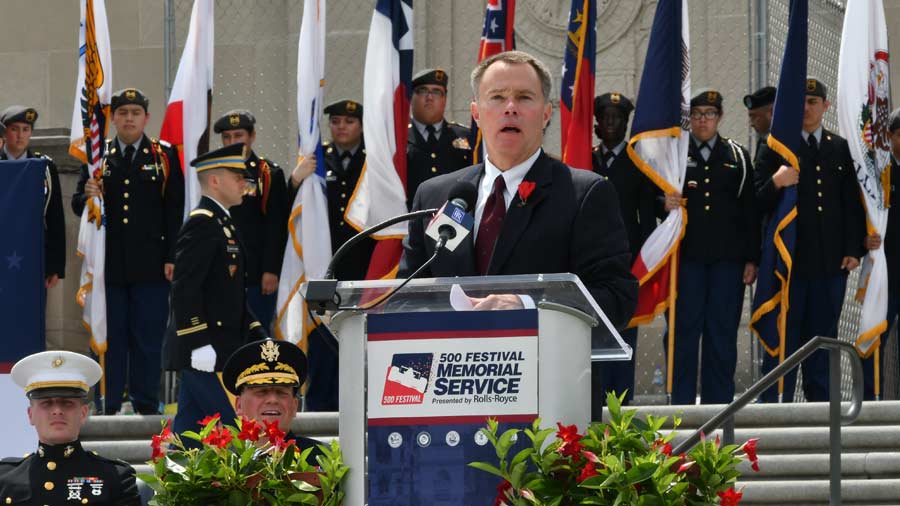 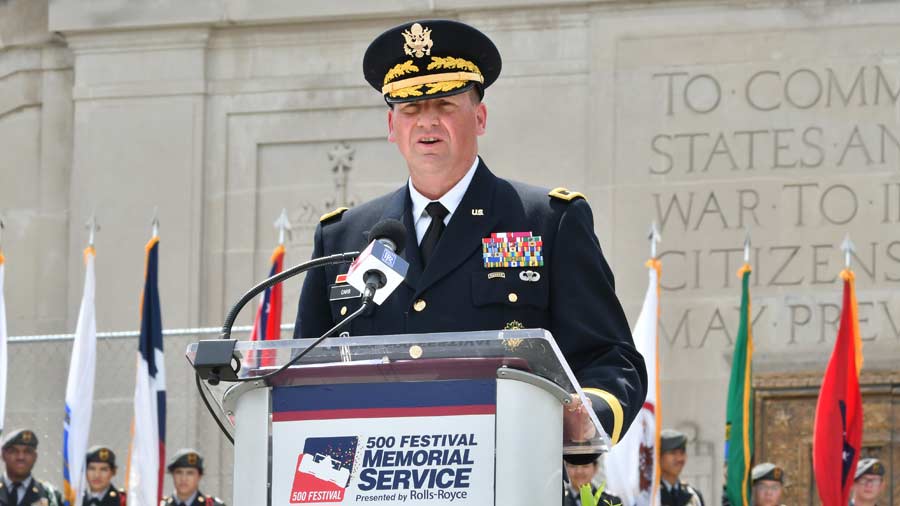 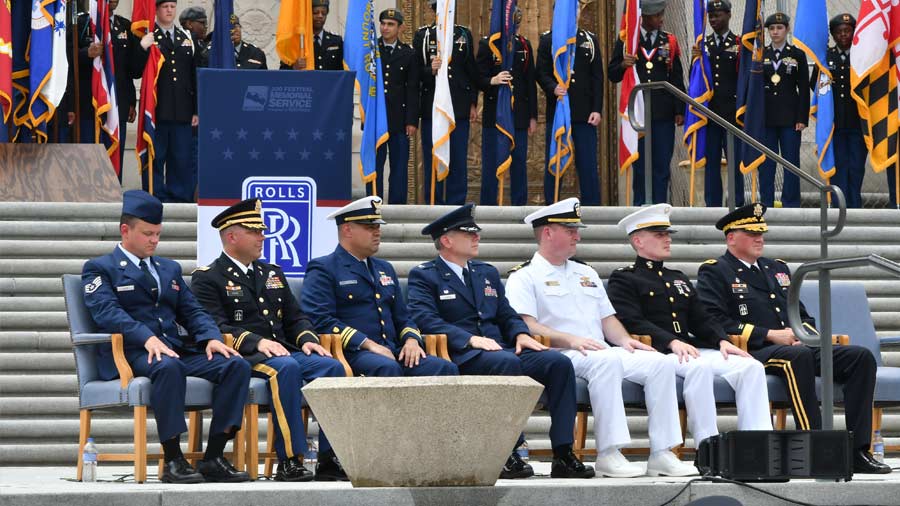 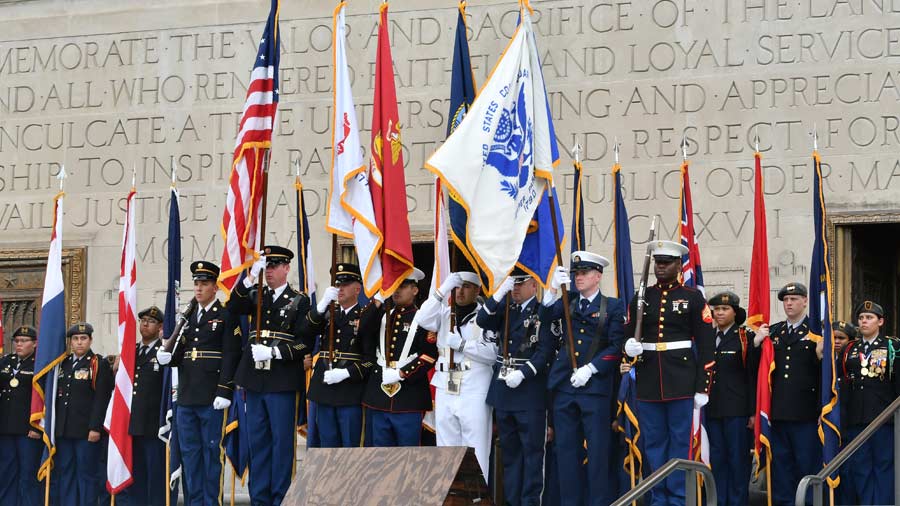 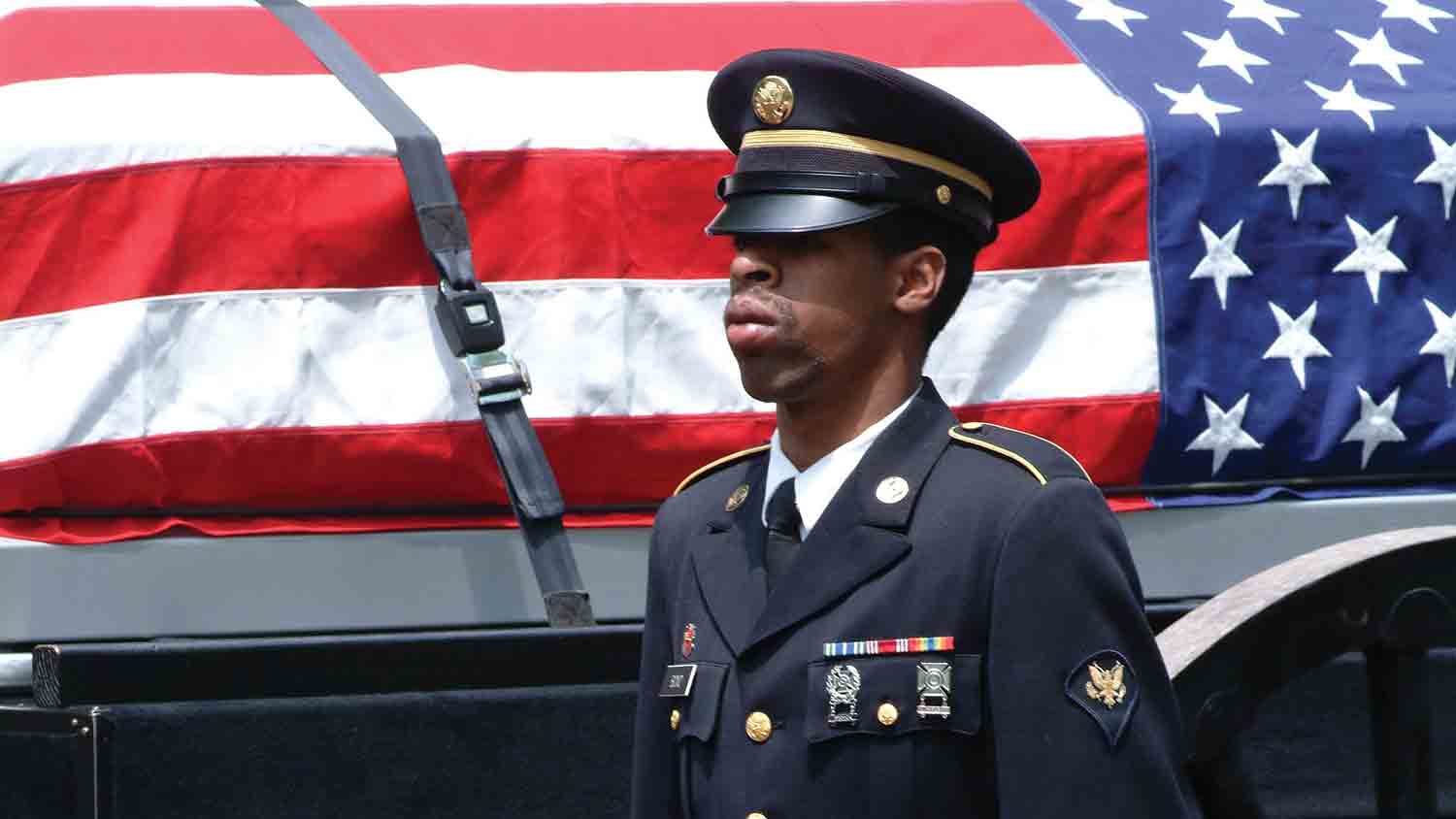 For 60+ years, The American Legion 500 Festival Memorial Service has been a time for the community to come together in downtown Indianapolis and reflect upon a very important holiday in the midst of racing festivities – Memorial Day. It is a weekend to remember the sacrifices made by the brave servicemen and women who perished while serving in the armed forces. The 2022 American Legion 500 Festival Memorial Service will begin at 4:00 pm on Thursday, May 26, 2022, on the north steps of the Indiana War Memorial. The service will include the posting of colors by the Military Department of Indiana’s Joint Service Color Guard and performances by the Capital City Chorus and the Indiana National Guard’s 38th Infantry Division Band. A wreath-laying ceremony, dedicated to the memory of all Hoosiers who sacrificed their lives in defense of the nation in all wars and conflicts, will take place. The names of those Indiana service members who have fallen in the theatre of war within the past year will be read aloud and the bell of the USS Indianapolis CA-35 will toll in their honor. A Military Funeral Procession, also known as a Cortege, will be presented by the Indiana National Guard Headquarters Ceremonial Unit. The Cortege is comprised of service members who accompany the remains of the deceased to the gravesite. Elements of a Cortege are the Escort Commander, Honor Platoons representing all services, Drummers, an Honor Guard, the horse-drawn Caisson which transports the fallen hero’s remains, eight Casket Bearers, and the Caparisoned Horse. A riderless horse, also called a Caparisoned Horse, follows the Caisson. The horse is adorned with a saddle, a pair of Cavalry boots reversed in the stirrups, and an Army Saber attached to the right side of the saddle. This symbolizes the fact that the deceased had fallen as a warrior and will not ride again. The 2022 Memorial Service will also be available via a Livestream feed on wishtv.com and broadcast on WISH TV8 on Memorial Day The American Legion 500 Festival Memorial Service is supported by The American Legion, OneAmerica, WFMS 95.5 FM, and WISH-TV. The Indiana War Memorial graciously hosts the Memorial Service.